Disclaimer:  Disney, Pixar and ABC invited me to San Francisco on an all-expenses paid trip, in exchange for my coverage of events, which included an advanced screening of Disneynature’s Born in China. As always, all opinions are my own as I bring you this Born in China review.

I’m drawn to far away places and distant lands. I’m not entirely sure why, as I didn’t travel outside of the United States until I was well into adulthood. My parents much preferred the safety and security of places “known”. But with my first taste of a foreign culture, I was hooked.

It wasn’t long after I began my career that I took the trip of a lifetime – to Asia. For 2 weeks I fell in love with a part of the world one only reads about in books or catches glimpses of on the screen. Because I knew how deeply I fell in love with Asia, when Disneynature vowed to tackle China through the lens of film, I was thrilled. 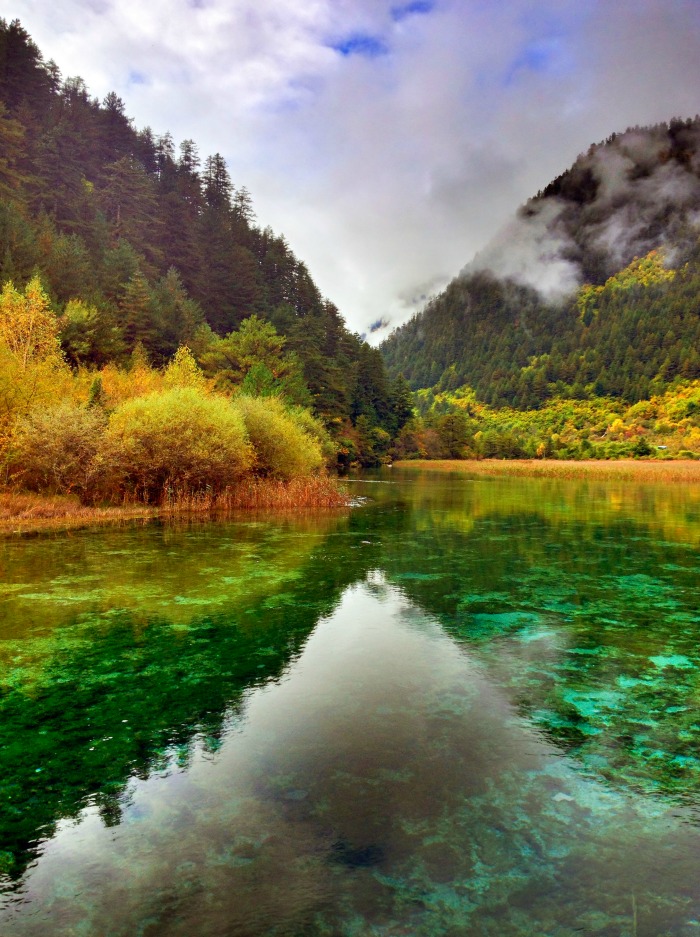 Born in China is the seventh theatrical release for Disneynature, the label responsible for bringing world’s top nature filmmakers together to share wildlife stories on the big screen in order to “engage, inspire and educate theatrical audiences everywhere”.

It follows the successful films, Earth, Oceans, African Cats, Bears, Monkey Kingdom, and Chimpanzee. As a wildlife pioneer himself, I think Walt Disney would be proud!

The Importance of Opening Week

Born in China opens in theatres everywhere April 21st (Earth Day) and best of all, if you go see the movie opening week (April 21-27, 2017), it will benefit the World Wildlife Fund (WWF).

Based on opening-week attendance, Disneynature, via the Disney Worldwide Conservation Fund, will make a contribution to the WWF to help protect wild pandas and snow leopards in China.

Rated G and narrated by John Krasinski, Disneynature’s Born in China takes a journey into the wilds of China like you’ve never seen before, and in a place where few people have stepped foot.

The Crane – Not the Star But Gave Me All The Feels

The film follows the stories of three animal families, transporting audiences to some of the most extreme environments on Earth.

The three families – pandas, snow leopards, and golden monkeys. But there’s another animal in this film that caught my eye and filled my heart. One very unsuspecting animal. One who was not even the star (or co-star) of the show – the crane.

In nature films, inevitably the circle of life is apparent. But this film reached down and touched me to the core.

My sister-in-law had passed away just hours before I saw it.

It had been a hard day but I had been distracted by all my wonderful friends on the trip. Yet here I was, in a darkened movie theater, listening to the story of the crane. You’ll often spy cranes in Chinese art. There’s a reason. The flying crane represents a life passing on. The director mentions, “There is an ancient belief that the crane delivers the soul to a new place. It completes the circle of life”.

It was beautiful. A fitting end to my day and a fitting beginning for a movie where love and life is apparent in all creatures.

You meet YaYa and MeiMei, mother and child. This is a story that every mother will find themselves relating to as the mother panda guides her baby in the earliest stages of life yet must begin to let go as the baby panda seeks independence.

I sat there looking at myself and my 9-year old daughter on the big screen. Sort of. You know what I mean.

What intrigued me was that this time in a panda’s life, having a child, is the only time a panda isn’t alone.

It’s brief. It’s fleeting. And while their time together is much shorter than my time raising a child (the baby panda leaves mama as soon as it can climb a tree), I felt like I recognized every expression in the mama’s face.

A beautiful tale of motherhood. And the cutest stinkin’ panda bear ever!

Children everywhere might just be able to relate to the special family of golden monkeys featured in the film.

Two-year old TaoTao is seemingly replaced as center of the attention when his new baby sister is born. He reacts by joining up with a group of troublemakers, which truthfully does not help one bit. Despite family issues and troubles, in the end love wins.

Meet Dawa and her Cubs

Motherhood. Family. These are central themes during Born in China and both are present while following the snow leopards through one of the harshest environments on the planet, thousands of miles above sea level. But there’s one more central theme here – Hardship.

The Disneynature crew followed the snow leopard as she tried so hard to provide for her two cubs in this place where food is already scarce. It’s a hard story to tell. Though never too scary or too graphic, there might be a couple of tears from the most sensitive of children.

See it with your family. April 21st! 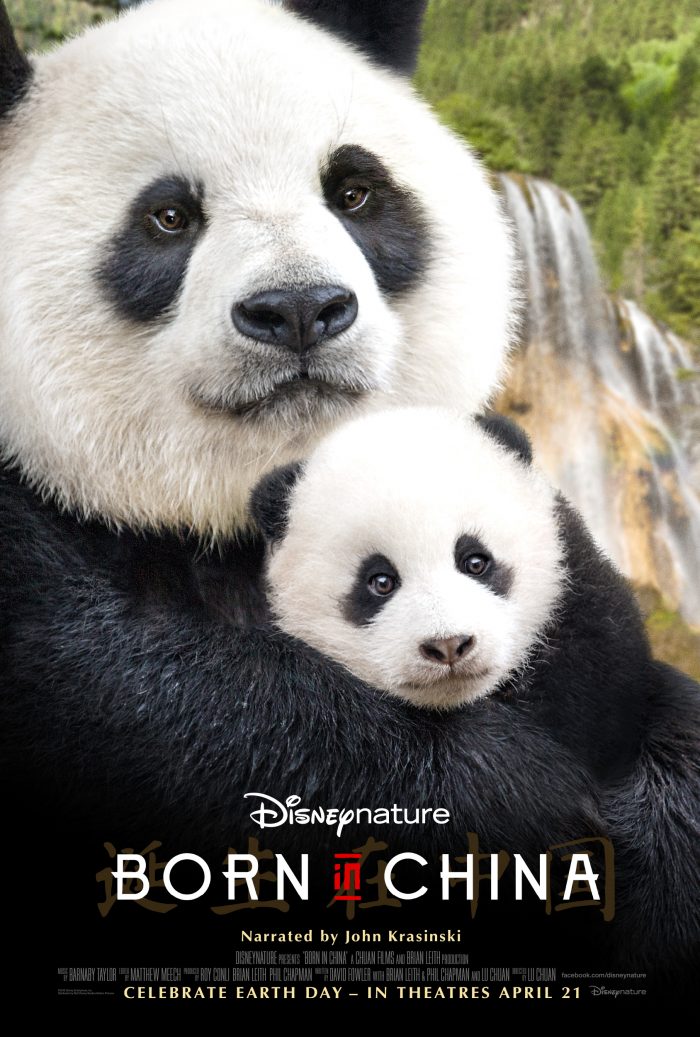 BORN IN CHINA is rated G and opens in theatres everywhere April 21st!

Head on over to my friend Sara’s blog, where she teaches you how to make Panda Bear Cookies!