It’s not often that my grandmother and I have something in common. Oh, I mean we both love chocolate chip cookies, are head-strong, and love a good book, but I’m talking about choices in music, movies, and television. This one thing though, Dancing With The Stars, we agree on and can’t get enough.

Dancing with the Stars – Meeting the Pros

Last week, I might have done something a million girls would have given their right arm to do…I danced with three, count them, three, Dancing with the Stars pros!

I’m talking about Dancing with the Stars pros and Dancing with the Stars: Juniors mentors Brandon Armstrong, Gleb Savchenko, and Alan Bersten. And while I will certainly bring you photos (AND VIDEO: OMG – stay tuned for a future post on this alone), today I’m sharing our exclusive interview, a few photos, and some incredible scoop on coming up episodes! 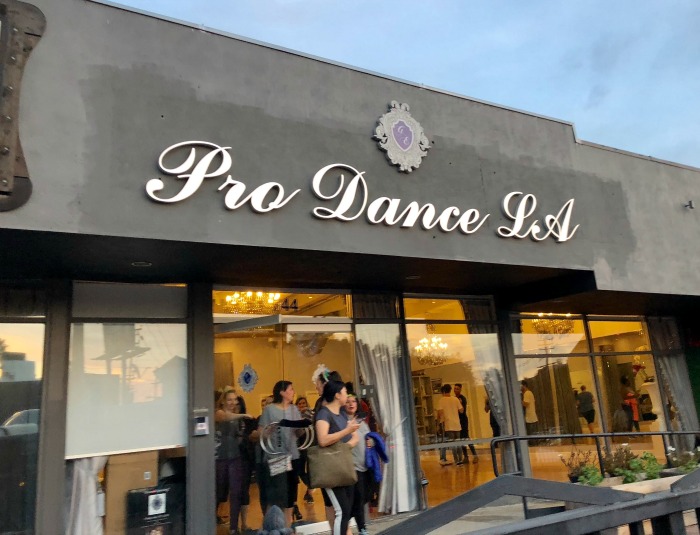 They offer both child and adult lessons, and while there are many instructors, private lessons are available. Just a quick glance at the calendar and I noticed that Gleb was teaching one of the children’s classes today. So if you are a mega fan and are heading to southern California, why not book a class? Talk about fun! I’ll share more about my lesson next time.

Dancing with the Stars Semi-Finals

Are you ready? The six remaining couples advance to the “Semi-Finals” as the competition heats up in anticipation of next week’s crowning of the coveted Mirrorball trophy on “Dancing with the Stars,” live on MONDAY, NOV. 12 (8:00-10:00 p.m. EST), on The ABC Television Network, streaming and on demand.

Each couple will dance to the following songs (in alphabetical order): 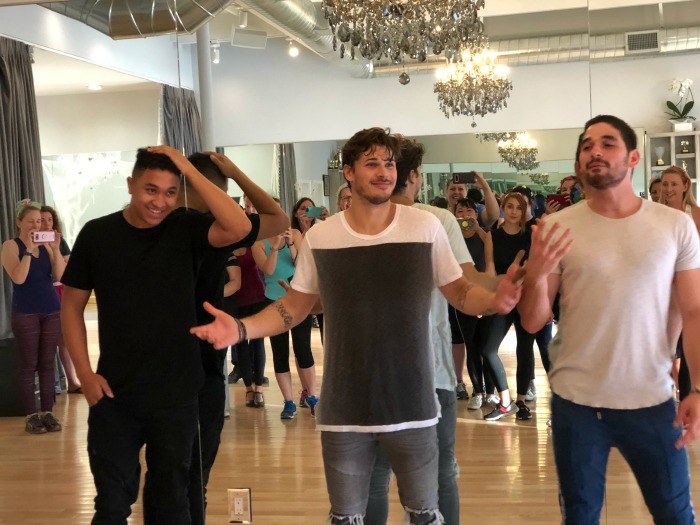 Dancing with the Stars Exclusive Interview

The three gentlemen were so fun to be around while in the studio. They played off each other with wit and charm, and before we starting learning a few moves, we had a few questions for the pros. However, it’s only recently that I realized Alan Bersten was keeping something pretty big from us, as he and semi-final dance partner Alexis Ren revealed this week they had feelings for one another. He didn’t tell us! LOL

I was very curious about their favorite moment from the show and took the opportunity to ask them. Both Brandon and Alan answered.

BRANDON ARMSTRONG : My favorite was this season, my first season as a pro. I think our favorite moments, we did an Argentine tango, that was very much my style. It wasn’t traditional. It was to a different song, different type of vibe. So, that’s definitely my style as a pro on the show. And so, I was really excited. That was one of my best.

ALAN BERSTEN : Honestly, my best moment was joining the show. You know, it was a dream of mine when I was younger. I was watching the show with my grandpa and it was so nice to like, think oh, maybe one day I can be there. And then one day I got here and it’s honestly a dream come true. So, honestly, every moment on the show is my favorite moment as cliché as that sounds.

Chatting about Dancing with the Stars: Juniors

We were all so interested in the dynamics of Dancing with the Stars: Juniors. These mentors talked about working with the kids.

ALAN BERSTEN : When we’re on the show with adults there’s a lot of pressure because we’re in it. We’re in it with them. We’re going on this journey with them. With the kids, we’re able to kind of stand back and let the kids go on a journey and really help as much as we can without actually being in it.

It was clear that these guys were so proud of the kids on the show. Almost like proud parents, though Gleb is the only dad in the trio.

The seven remaining celebrity kids have each been tasked with choosing the song they will dance to as “Juniors Choice” night comes to “Dancing with the Stars: Juniors,” SUNDAY, NOV. 11 (8:00-9:00 p.m. EST), on The ABC Television Network, streaming and on demand.

While some of the songs chosen were favorites of the celebrity kids, others held some kind of special meaning to them. Each couple will perform a Charleston, jazz, cha cha or samba. At the end of the night, there will be an elimination. The studio audience vote is combined with the judges’ scores to determine who goes home at the end of each episode.

Each couple will dance to the following songs (in alphabetical order):

The guys had a message for kids who want to be dancers in general and more specifically kids who are told they can’t dance for whatever reason (too tall, etc). In all honesty, their advice is good for any child, any adult, anytime, anywhere.

BRANDON ARMSTRONG : Never give up.

GLEB SAVCHENKO : Never give up. Just push forward and anything is possible.

ALAN BERSTEN : If you can dream it, you can achieve it.

GLEB SAVCHENKO : I grew up in Moscow with no money in literally one-bedroom apartment with my parents, and now I do the most amazing show in the whole world, where everyone’s watching. So, just dream and work really hard. Never give up. Don’t let anybody push you down. Stand your ground and just pour your soul and heart into what you do.

I have to admit that I was floored when it was announced that each of us were going to be gifted two tickets to Dancing with the Stars: LIVE – A Night to Remember! Yes, the tour!!!