This time last week I was walking all over the Walt Disney Studios lot, walking the hallways where Walt Disney walked thanks to my friends at Disney*Pixar, who shuttled me out to LA on a all-expense paid trip. I was still thinking about the night before though, a night where I was immersed in all things “Designated Survivor”. 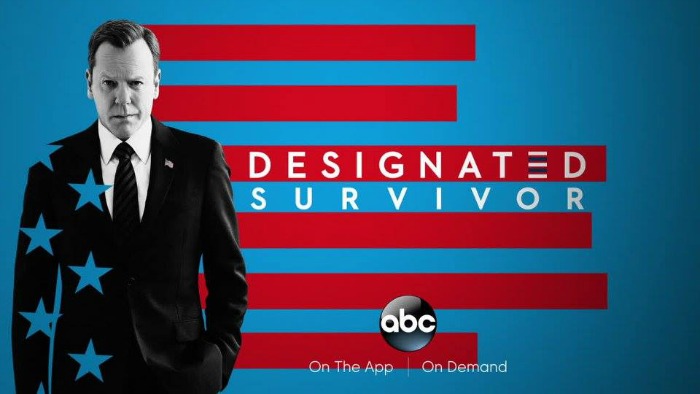 Airing Wednesdays at 10/9c, “Designated Survivor” is one show that I’ve always wanted to watch, but never sat down to do it. Oh, the joys of motherhood and being so busy. BUT, with this trip, I not only had to do some “research”, but I had to sit down and interview Italia Ricci, one of the stars.

My research paid off. Not only am I now a fan of “Designated Survivor”, but it’s one of those dramas that I just can’t miss each week!

In Season Two of the hit ABC drama “Designated Survivor,” Kiefer Sutherland returns as Tom Kirkman, a lower-level cabinet member who is suddenly appointed President of the United States after a catastrophic attack on the U.S. Capitol during the State of the Union.

Now, one year later, President Kirkman finds his feet as commander in chief as he closes the ring on the terrorists who destroyed the Capitol and manages the daily flow of crises inside the West Wing. He’ll take on some of the world’s most urgent and controversial matters with the help of his aides, including three new series regulars: offbeat but brilliant political director Lyor Boone; the new resident legal eagle, White House Counsel Kendra Daynes; and M1-6 operative Damian Renneett who forms an unlikely alliance with FBI agent Hannah Wells and the White House.

Last week were going to interview Showrunner for “Designated Survivor”, Keith Eisner, but he unexpectedly had to return to the set location in Toronto. For those of you who don’t know what a television showrunner is, it’s basically the leading executive producer of a Hollywood television series, a person who outranks the director.

Keith Eisner is a veteran TV writer/producer whose credits include past commercial and critical successes THE GOOD WIFE (CBS), LAW AND ORDER (NBC), GILMORE GIRLS (The WB/CW), and NYPD BLUE (ABC).

Eisner also spent many years as an attorney, so it’s no wonder that I’m intrigued by every storyline I see with this show. Political and legal angles at every turn.

Though we weren’t able to meet Keith Eisner, we had a very special interview with star Italia Ricci via satellite, as she was on location as well, and Co-Executive Producer/writer Jessica Grasl.

But first, we had to watch tonight’s episode, yes, one-week early. And don’t worry, there will be no spoilers from me!

Airing tonight, 10/9c, the episode tonight is called “Family Ties” – When a Turkish activist ignites protests in the U.S., Turkey’s president demands his extradition while the first family unknowingly finds themselves in the center of a battle that could threaten Leo’s future,

If you ever find yourself interested in politics, if you ever loved watching “West Wing” as I did years ago, this is the show for you. It’s a White House shown from a very personal point of view, with family, conflict, and duty. The making of a great television series. 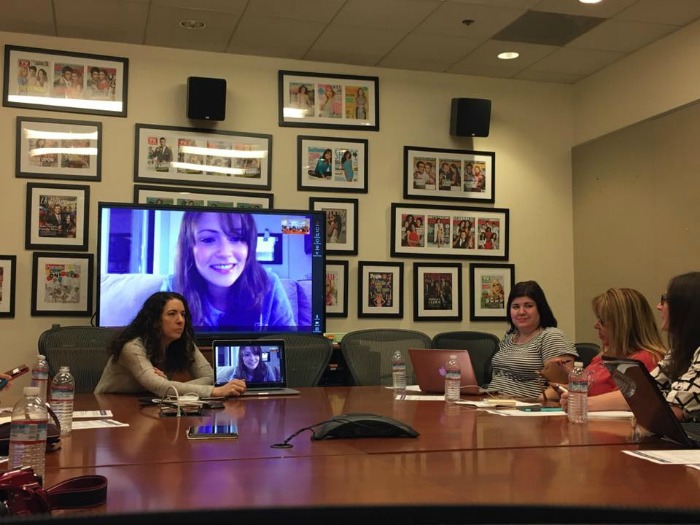 The Topics are Endless

Co-Executive Producer/writer Jessica Grasl was in the room as we watched the episode. As someone who has worked in the industry for 14 years, she definitely knows what makes a great show.

Grasl described writing on this show to be a great puzzle, as everyone is working at the same time on different episodes, ones that must fit together.

Of course with politics and the presidency as the backdrop, the drama is evident, sometimes seeming a little too real. Grasl commented about the drama, “In the show where the entire government was wiped out in the first ten minutes, we had a lot of room to play, so that’s fun, that’s fun.” The topics are endless.

FUN FACT: They always have someone who worked in the White House on staff as a consultant.

Italia Ricci stars as Emily Rhodes, Secretary Tom Kirkman’s chief of staff on the hit series. Watching a young woman such as Ricci play a character in such a powerful role in Washington D.C. is inspiring for so many reasons.

In talking about her character, Ricci said, “I hope that she is able to portray that women are just as smart, just as strong, and just as tough and present, and capable as a man in that world, if not better. I think I’m a better Chief of Staff than Aaron was, but you know, I’m a little biased. So I like the idea of saying, hey, we can do it, too, and we can wear killer heels while we do it. So I really enjoy being able to, especially since she didn’t think she was ready for it, and then so push your own limits and really see what potential you don’t even know that you have. So I’ve really enjoyed that part about Emily.”

Personally I love that the chief of staff is not only female, but young. Recalling back to my days before I became a stay at home mom and blogger, I encountered many times where I was dismissed or underestimated because of my gender, but more so my youth, despite my position. Italia Ricci is perfect for her role as Emily Rhodes.

This wasn’t the first time I had a chance to interview Italia Ricci. Three years ago I had the chance to sit down and talk with her over breakfast about the former ABC Family television series, Chasing Life. Despite my family having suffered so much due to cancer, I immediately fell in love with the show and Italia Ricci, who played April. I mean, the woman eats McDonalds and has a holiday ringtone on her phone already (before Thanksgiving). Yes, though a Hollywood actress who married another actor, Italia Ricci is easily someone you could hang out with.

I wanted to ask her about the differences with working on the two television shows, and got that chance. Funny thing…she remembered meeting us all for breakfast back in 2014!

Italia Ricci said, “Well, in “Chasing Life” I was the main character, so I was like the on-set team captain, if you will.” She added that for “Designated Survivor”, the main character” is certainly Kiefer (Sutherland), and because of that she felt like she sort of gets to cruise, as he’s more of a “professional athlete”. Ricci feels lucky that she’s able to watch and learn from him.

One thing Ricci said stood out to me, and will, for any of you who were fans of “Chasing Life”. She said, “Don’t you think that maybe April could’ve grown up and been Emily?” Why yes, I do. Both are incredibly strong young women, and it makes me happy to think that April grew up well into adulthood.

Politics Without Being Too Political

In this political climate, everyone was really curious how they balance politics and storylines without being too political. Grasl said, “The Kirkman White House lives in a different universe. Obviously it started from a very unique place which, God forbid, our actual U.S. history has never experienced, the destruction of the entire seat of government. So I think it’s been really exciting to sort of live in a space that feels so different from real world.”

What is so surprising, or should I say shocking, is that on 5 different occasions the cast was shooting a storyline and it actually happened in real life. That’s what I mean about this show – it feels authentic, but there are nuances that make it entertaining as well. 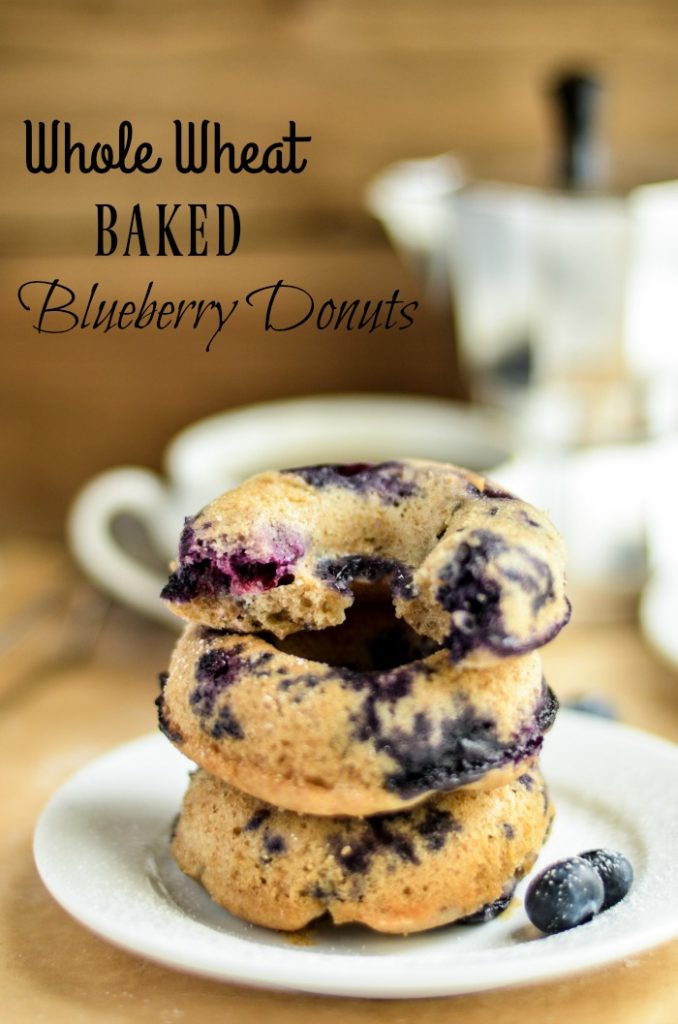 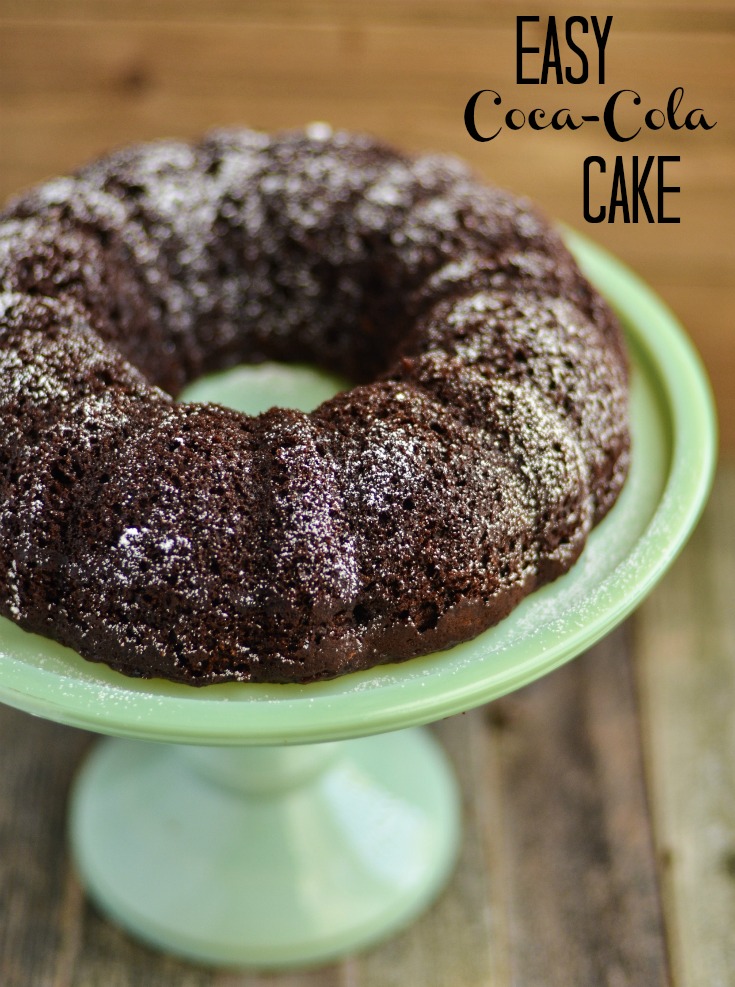