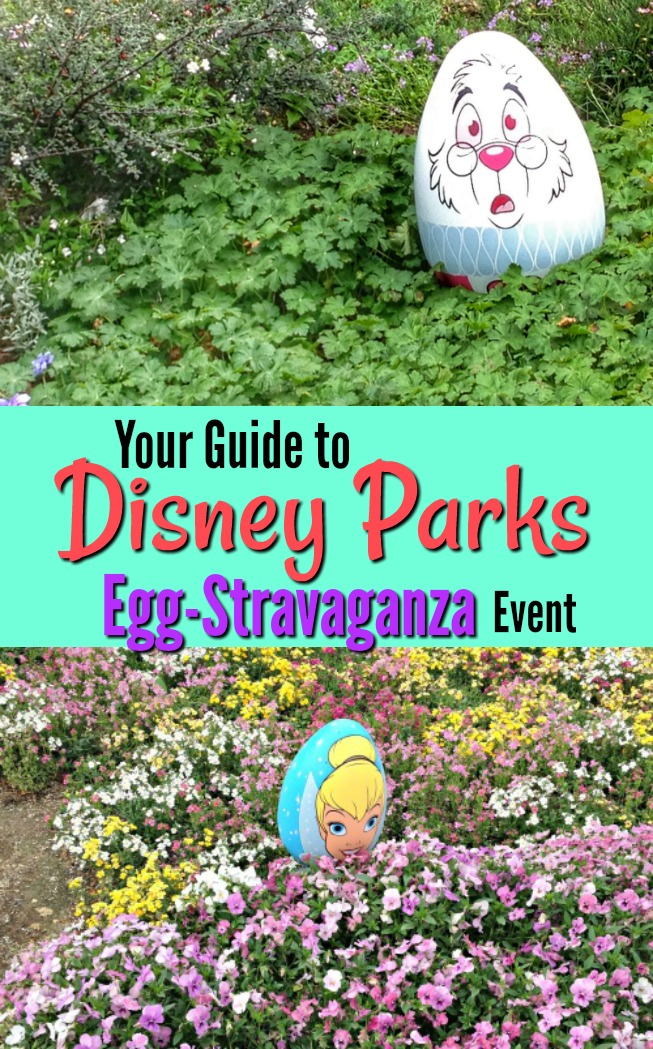 What is the Disney Egg-stravaganza you ask?

It’s an epic Easter Egg Hunt for large eggs (all Disney characters), though these aren’t the kind you fill a basket with since they are rather large. So it’s more like a scavenger hunt, complete with prizes!

The Disney Parks Egg-stravaganza has been going on for years, but 2019 does bring some changes. Easter at Disney Parks is an extra special occasion, like most holidays. You might just find Mickey Mouse and Minnie Mouse dressed in their Sunday best like we did a couple years ago.

It’s all the extra special touches that my family loves best and the Egg-stravaganza was not to be missed when we visited.

Locations can vary but it’s a much bigger deal in California than in Florida, with more options and more maps.

That means there are 3 different maps in California! Extra fun! The event is taking place from April 5-21, 2019 (or while supplies last), according to the Disney Parks Blog.

The Goal – search for special hidden “eggs” themed to Disney characters and record your discoveries by placing the corresponding sticker on the specially themed Egg-stravaganza map to represent that location.

There are hints. If you look at the map, each place for a sticker tells you a general location, but it isn’t always easy to find.

Let me show you some examples from a previous Disneyland hunt we enjoyed (no spoilers here as it changes each year): We found this Tinker Bell egg in the landscape pretty much out in the open, but they aren’t always so easy. Windows on Main Street can be crowded with Disney items, but look closely as you might find a special friend!

This photo shows you just how big the eggs are. This one was a bit tricky in the Mad Hatter Tea Party area.

Up in a tree, among the lanterns! This might be incredibly hard to spot at night. The hardest one to find that year was INSIDE a store.

Up high, tucked away near the ceiling, was dear Minnie. Where to Purchase the Maps and Redeem for Prize?

Disneyland Resort – the number of locations selling the maps will vary, but I recommend going to the these locations below, where you will also redeem your map for a prize, according to the Disney Parks Blog.

Complete the hunt, placing the stickers on the corresponding eggs as you find them. Then head back to a redemption area!

NOTE: You can redeem without finding them all! You essentially paid for the map and a prize! Just pick up before April 2nd! Our prizes……adorable Disney character eggs we could take home, but you’ll have to complete the hunt this year to find out what 2018 holds!

We used our Park Hopper passes to spend one entire day searching for eggs between Disneyland and California Adventure. This remains one of the most fun and extra-ordinary things we have done at Disney Parks. I highly recommend it!