I’m so excited to be transported this summer to the Italian seaside town of Portorosso thanks to my friends at Disney and Pixar. While I’m still mourning my cancelled trip through Italy in 2020, thanks to Disney Pixar’s LUCA, I can dream with my eyes wide open. You and your kids can join me in the fun as well and enjoy the LUCA kids activity printables you’ll see below. This 11-page packet is free to print and the kids will have so much fun with it either leading up to watching the movie or afterwards.

Affiliate links in post where a small commission may be earned for any purchases made at no additional cost.

A bit about the movie:

Disney and Pixar’s original feature film “Luca” is a coming-of-age story about one young boy experiencing an unforgettable summer filled with gelato, pasta and endless scooter rides. Luca shares these adventures with his newfound best friend, but all the fun is threatened by a deeply-held secret: they are sea monsters from another world just below the water’s surface.

You guys have been around here enough to know how much travel plays a role in my life. Add in the fact that I married into an Italian family and LUCA could not be a more suited family movie for my family to watch together this weekend.

One thing I know from my time spent in northern California at PIXAR headquarters, is that no detail is overlooked. Research teams are vital for any animated film and LUCA was no exception with teams heading to Italy to try and capture the magic that is the Italian Riviera.

Check out a new featurette highlighting how filmmakers captured the magic of the Italian Riviera. Led by director native Italian Enrico Casarosa, members of the team behind Disney and Pixar’s “Luca” trekked to the Italian coastline as part of two research trips. From the color of the water to the layout of the town square—the look of “Luca” is inspired by real places, Italian history and Japanese artistry. In a new featurette, Casarosa, producer Andrea Warren and cast members Jacob Tremblay, Jack Dylan Grazer, Maya Rudolph and Jim Gaffigan offer a glimpse of the stunning and stylized look of “Luca.” 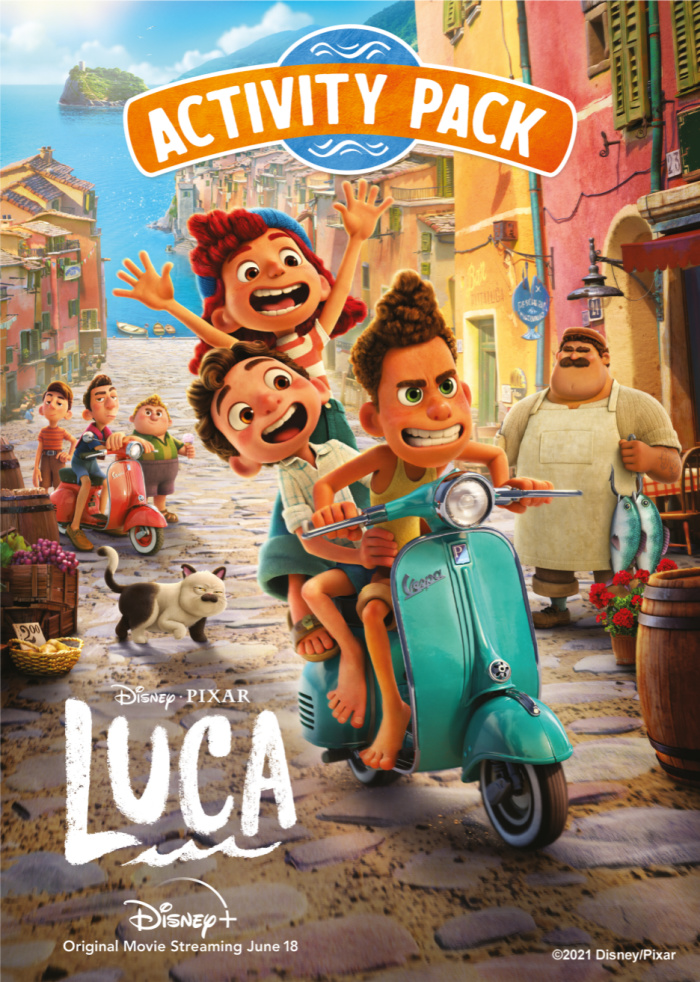 Print out this 11-page activity pack which contains fun Luca kids activities like: