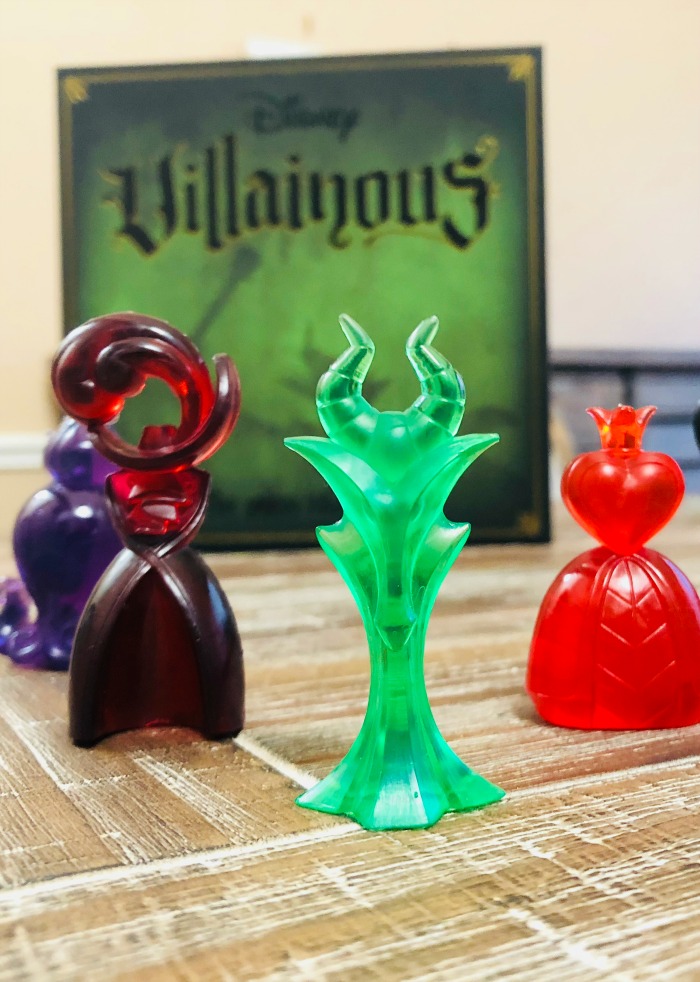 This may be the family holiday game of the season, especially for those families like mine who love a little extra magic in their holidays – Disney magic that is.

(Complimentary product provided for review and another to give away to one lucky reader. Affiliate link in post.)

Villains sometimes get a bad rap. Disney villains are sinister no doubt, but don’t worry, this game isn’t scary in the least. There are Disney heroes around to try and thwart the villains actions, but make no mistake, to play this game you are taking on the role of a villain. This is a definite twist in a Disney game, one I think you’ll enjoy.

I am impressed with the game, and it all started with a glance at the artistic details in the game pieces. Just look at the pieces above for Maleficent, the Queen of Hearts, and Captain Hook! They aren’t made of glass, but they are gorgeous. 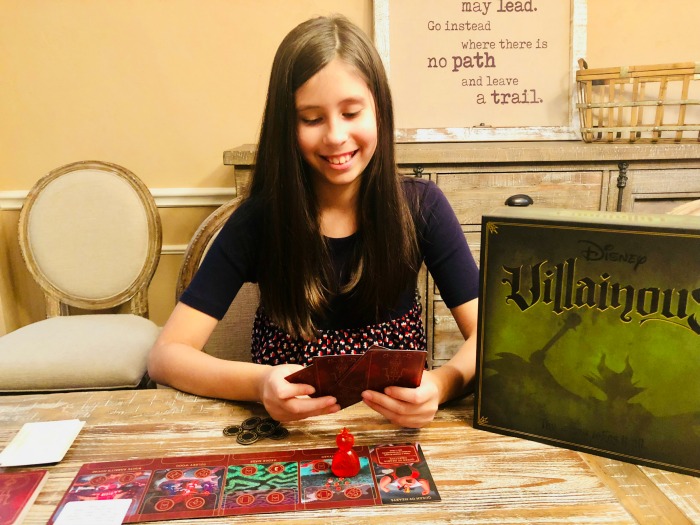 Villianous is a light strategy board game for ages 10+. That’s what makes this Disney game different.

Most of the Disney games in our game cabinet are for families of all ages, little ones included. This game is recommended for ages 10 and up and there’s a clear reason why. This isn’t your average game. It’s different in the fact that you are all playing on your own game board, with different goals and challenges.

I agree with the tween and up recommendation. You will be far too busy trying to remember what you need to do to help the other players (once again – your goals are different depending on which villain you select).

But don’t let the age recommendation concern you. This is one fun game, especially for those of us who love a little strategy. In my family, we’re a bit competitive too, so combine that with strategy and we are having a night of fun! 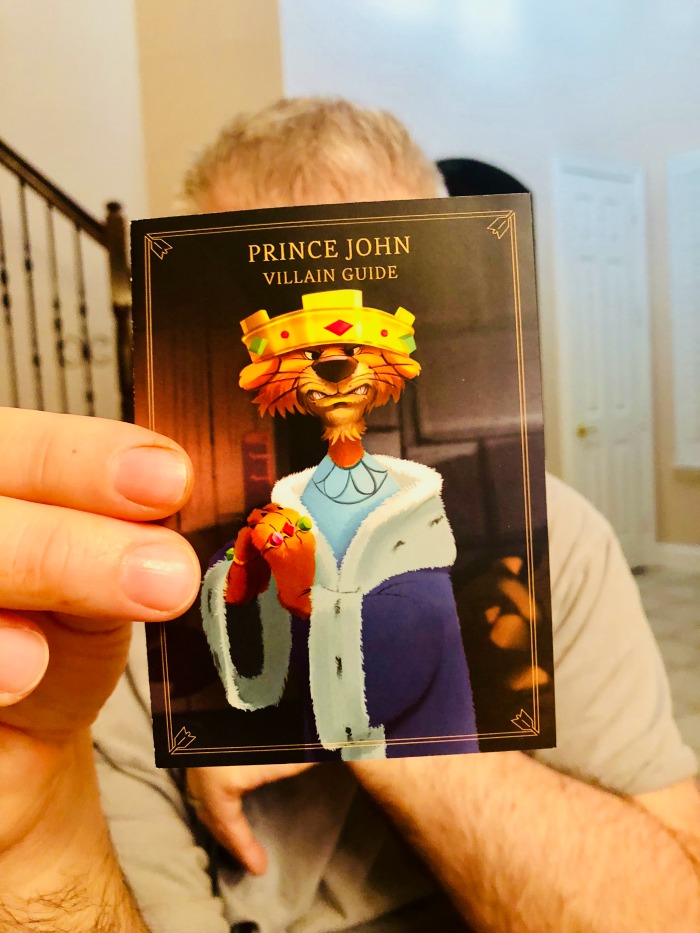 This game is meant for 2-6 players. Playing as one of six Disney villians, you’ll play cards in an attempt to complete your objective, while using other players’ Fate cards to interrupt their villainous strategies.

You can choose to be:

Only one player can be a certain villain at a time, so choose wisely. The villain you play has a direct impact on your game. Some are perhaps easier than others, but you will only learn that as you go.

I hope that there will be add-on packs for Disney Villainous that will allow for more villains and corresponding parts. 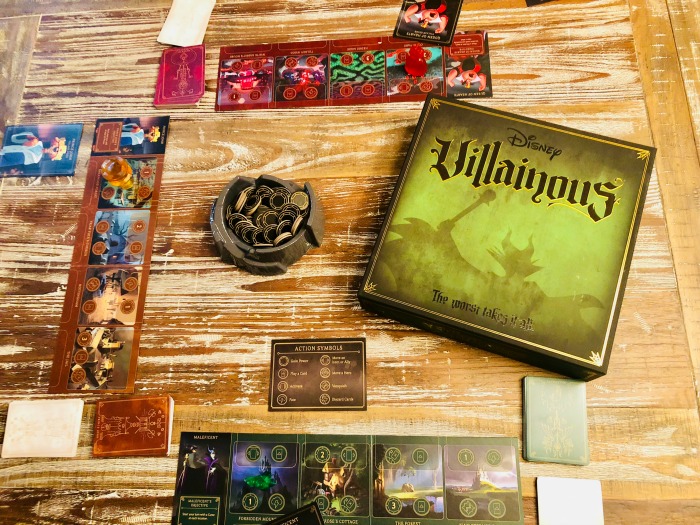 You are the Villain! Command your henchmen, defeat the heroes, and enact your evil scheme.

To play, move to a spot on your board and take actions based on your options at that location – actions will allow you to gain power, play cards, and defeat heroes. But, being a true Villain requires strategic interference with your opponents’ goals. Use other players’ Fate cards featuring heroes and other meddlesome objects, to prevent them from reaching their objectives. Be the first to achieve your Villain’s devious objective and you win!

Make sure you set aside about an hour for game play.

For the little ones in your family, set aside another little area where they can play some favorite Disney classic board games too. 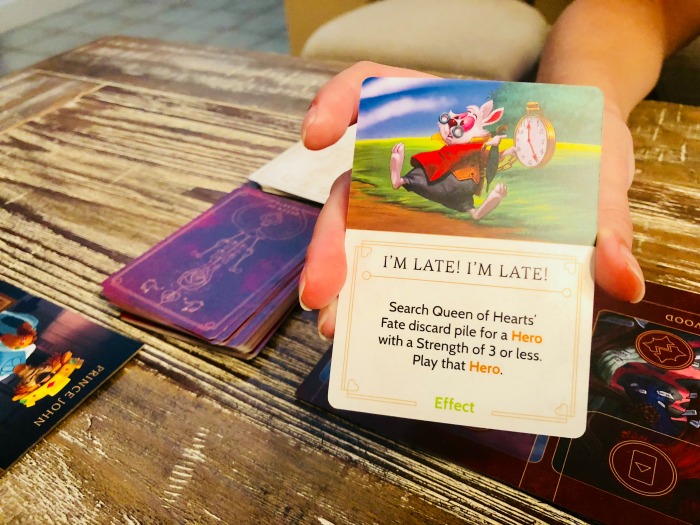 Grab Disney Villainous now before it’s difficult to find (I predict it’ll be a holiday favorite)! You can find the board game at Target, Walmart, Barnes & Noble, and Specialty retailers.

DEAL: Found on Amazon here for $5 less than MSRP and with Amazon Prime availability! 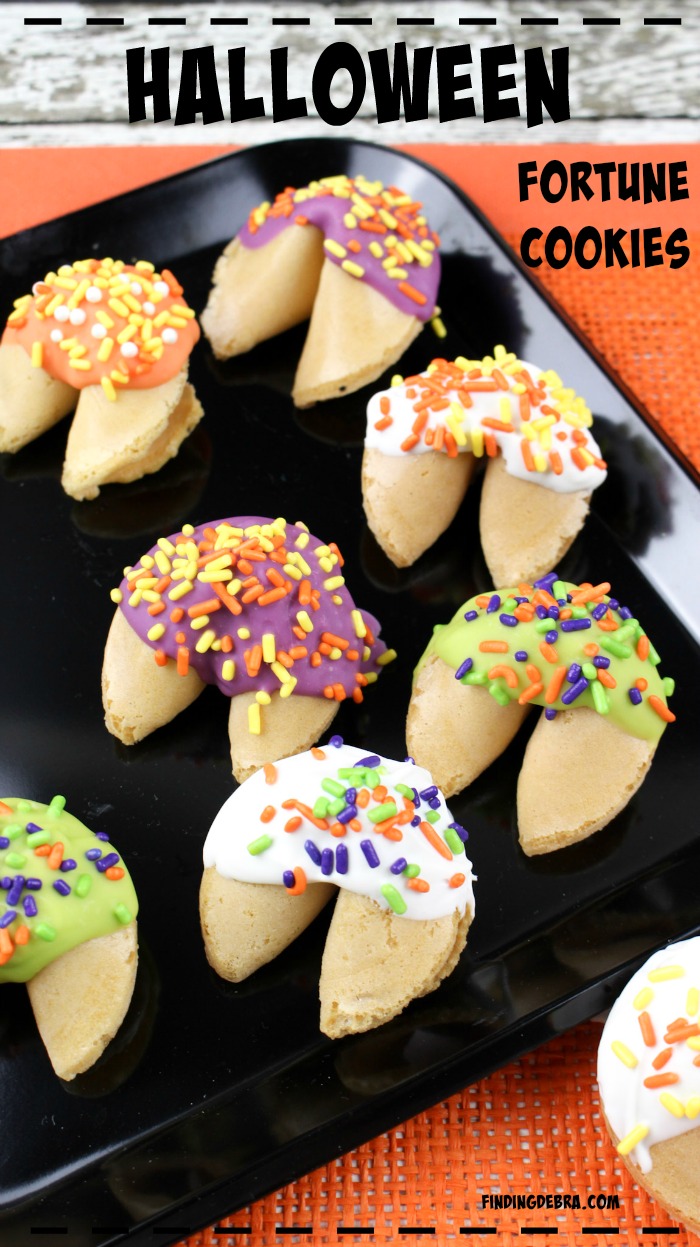 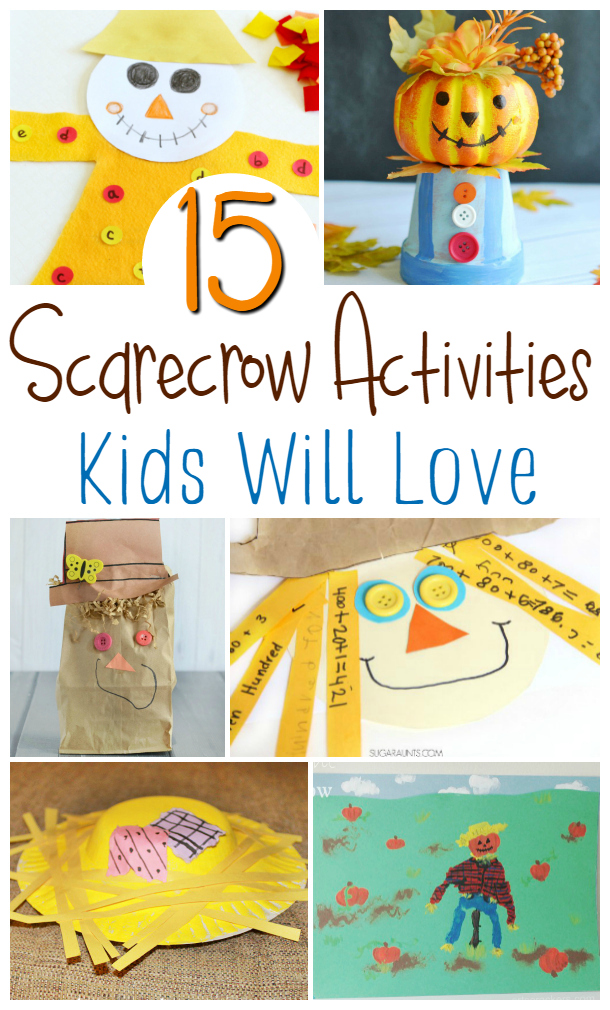 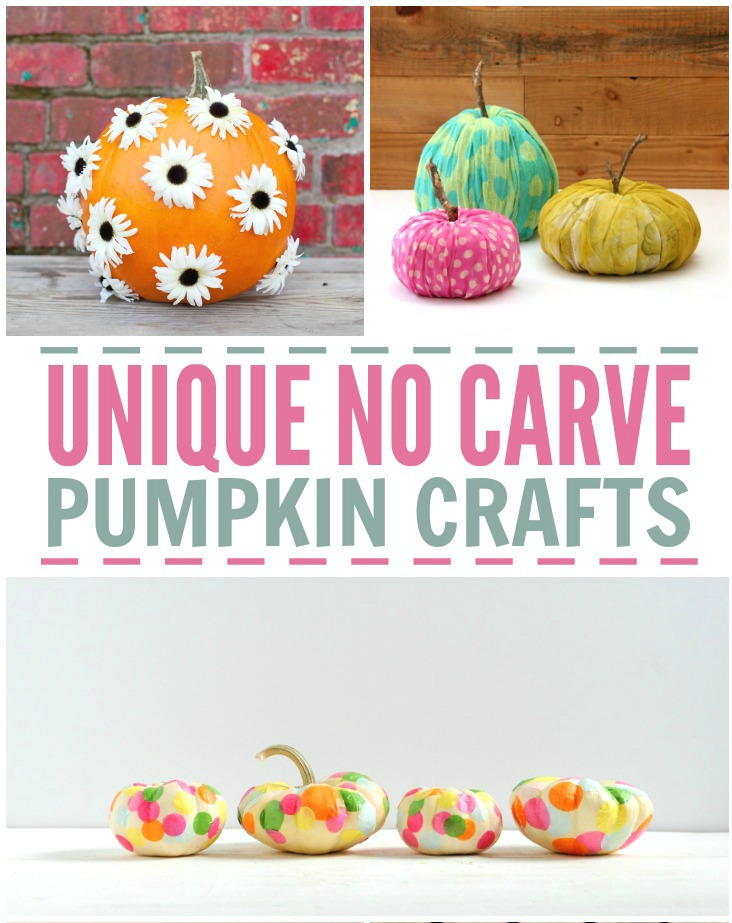