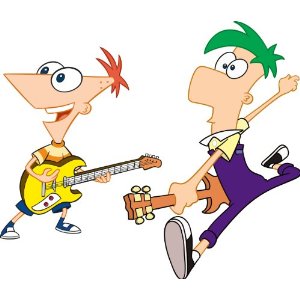 While Phineas and Ferb are not yet in my daughter’s vocabulary, my nephew is all about them right now! I’m sure he’s not the only one as Disney’s Emmy Award-winning series is the #1 animated show among Tweens (9-14) and Kids (6-11).

AND….I know a certain boy who will be glued to the television in August!  Why?  Well, when I ask him about Phineas and Ferb, this non-talker starts chatting it up real big.  He excitedly tells me about the two stepbrothers and the funniest character of them all, big sister Candace, who loves to tattle on them (but can’t catch them red-handed, though she tries).  🙂  It’s too funny to listen to him talk about an episode.

Phineas and Ferb go on their biggest journey yet, into another dimension.  When the boys finally discover that Perry is in fact a secret agent who battles the forces of evil, they join him on an adventure, where Dr. Doofenshmirtz has taken over an area……and they must band together to stop him.

Perry the Platy-bus On Tour

Just this week, Disney launched the “Perry the Platy-bus On Tour,” which is on a journey from NYC to California! 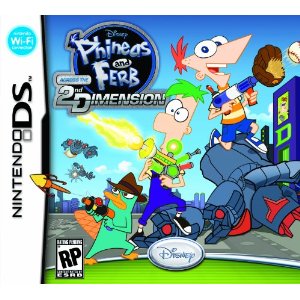 DVD: Phineas & Ferb the Movie: Across the 2nd Dimension 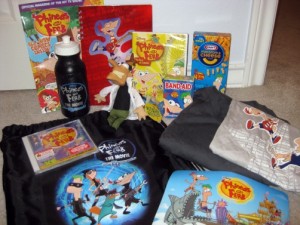 And yes, Disney has thought of everything……..you can find Phineas and Ferb Kraft Macaroni & Cheese, Band-aids, shirts, and all kinds of merchandise!

Don’t forget to be on the lookout for a Live Tour and a Live Entertainment Experience at one of my favorite places, Walt Disney World’s Hollywood Studios (and Disney’s California Adventure too)!

(Complimentary items were provided as a thank you for posting courtesy of Disney, through Team Mom. All statements are the personal and honest opinions of the author)