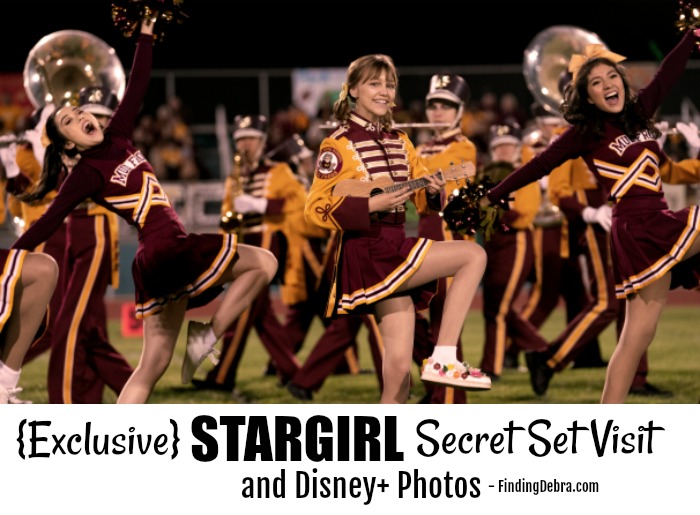 It wasn’t all that long ago that I found myself on a plane to Albuquerque, New Mexico. Except that it was. I made the trek to the high desert town in late 2018, at a time when Grace VanderWaal, the lead, was only 14 years old. It was the final week of filming a coming of age movie that would be exclusive to Disney+. STARGIRL. 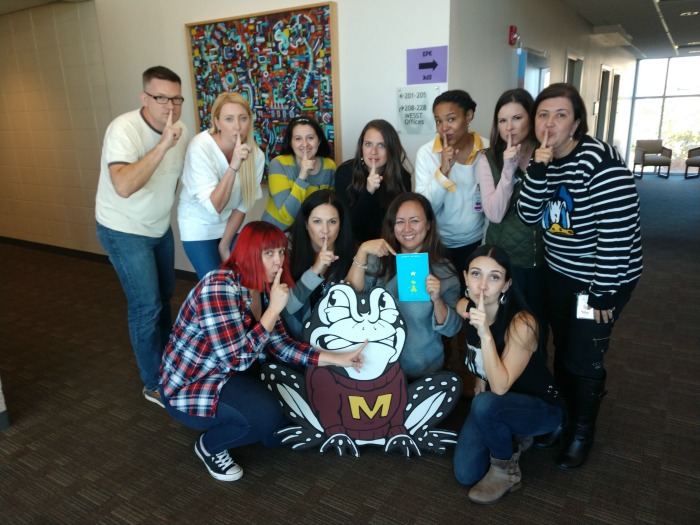 Yes – I’ve been keeping this quiet for a long time now, but I’m excited to officially announce that nine bloggers and myself visited the STARGIRL movie set, met the cast and crew, and spent time interviewing them about this much anticipated movie streaming on Disney+ March 13th.

(Disney invited me to New Mexico on an all-expenses paid trip, in exchange for our coverage of events. Photo above by Dale Robinette. © 2020 Disney Enterprises, Inc. All Rights Reserved. Affiliate link in post.) 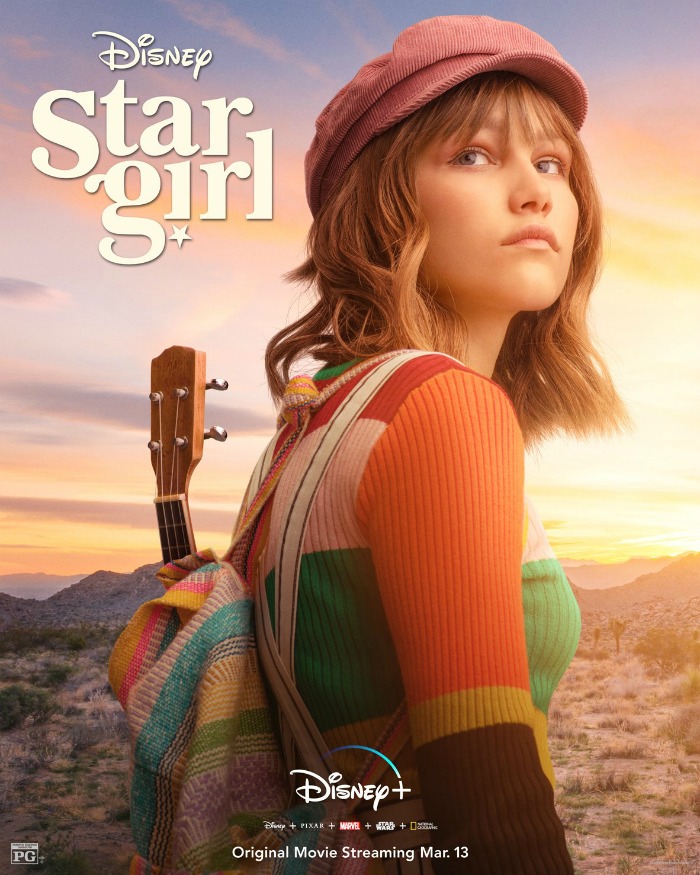 From Pixar to Star Wars and Disney to Marvel, I’ve had the opportunity to attend red carpet premieres, screen movies, and even interview A-list celebrities over the last few years. There’s no denying that it is thrilling. But visiting a movie set? This was going to be like no other Disney experience.

Having arrived the evening before, I woke up to an Albuquerque which had a definite chill in the air. Fortunately I was prepared with coat, hat, and gloves. This was an exciting day, one that began with a late start thanks to a STARGIRL cast that consisted mostly of minor children, albeit teens.

While I had visions of what stepping foot onto a movie set would be like, in reality, I had no idea. This was an eight-week shoot, and we were visiting during the final week. There had been days when the cast of STARGIRL was shooting in the middle of an enchanted desert, on an Indian reservation, or right in the middle of downtown Albuquerque. We arrived during the city shoot. With a Doubletree by Hilton in the near distance, we walked on the temporary lot and spent the day and night enjoying this unique experience and learning all about STARGIRL.

A Fresh Take on STARGIRL, the novel

STARGIRL, a movie that has been over twelve years in the making, is a new and original movie based upon the bestselling novel by Jerry Spinelli. The novel has been hailed as a modern classic, and I even discovered it on my middle schooler’s curriculum this year.

FUN FACT: Author Jerry Spinelli was very involved in this Disney+ project, with his managers actually being producers on the film.

Why STARGIRL? Why Now?

Director Julia Hart explained it to us simply. She said, “There is just not enough content that speaks ‘up’ to young people.” She continued, “It was such a positive story about the kindness and the passion and the compassion of young people, which I think, in today’s world, there pretty much couldn’t be anything more important.”

“Stargirl” from Disney+ is a tender and offbeat coming-of-age story based on the critically-acclaimed, New York Times’ best-selling young adult novel about an unassuming high schooler who finds himself inexplicably drawn to the free-spirited new girl, whose unconventional ways change how they see themselves…and their world.

Leo Borlock (Graham Verchere) is an average student at Mica High School. He gets decent grades, is a member of the school’s marching band and has always been content flying under the radar. But all that changes when he meets Stargirl Caraway (Grace VanderWaal), a confident and colorful new student with a penchant for the ukulele, who stands out in a crowd. She is kind, finds magic in the mundane and touches the lives of others with the simplest of gestures. Her eccentricities and infectious personality charm Leo and the student body, and she quickly goes from being ignored and ridiculed to accepted and praised, then back again, sending Leo on a rollercoaster ride of emotions. A celebration of individuality, kindness and the power of the human spirit, “Stargirl” is directed by Julia Hart from a screenplay by Kristin Hahn and Julia Hart & Jordan Horowitz based on the novel by Jerry Spinelli.

Though it remains to be seen how much liberty is taken with the new story adaptation, there will be characters in the Stargirl movie which were not in the original novel.

Grace VanderWaal is the epitome of STARGIRL

The young girl who stole America’s heart and won “America’s Got Talent” years ago is Stargirl. I mean that in the literal sense. Yes, she’s the actress in her first starring role, but the very essence of Grace VanderWaal is exactly who I imagine Stargirl to be.

Though I had the chance to meet and interview her in 2018 when she was only 14 years old, today she is actually 16 years old (it’s her birthday). She’s  more than just a young girl who has an amazing talent of playing the ukulele. She is a brilliant artist with a voice beyond her age. One just has to listen to recent music releases (one with over 3 million views on YouTube in just 2 months).

She is perfect in this role, something I realized as I sat next to her in our small interview room. But don’t take my word on it. Let’s take a look at the movie trailer, just released this morning.

Behind the Scenes Photos

Stay tuned for more details soon on my secret set visit (including photos and interviews with the cast)!

In the meantime, I have a question for you…

Got Disney+ Yet? Here’s how:

Sign up here to get a FREE 7-day trial of Disney+. We’ve had this for several months now and all of us love it (and for different reasons).

My daughter loves new films like the new Live Action LADY AND THE TRAMP and favorites like TANGLED, or the new HIGH SCHOOL MUSICAL, The Series. My husband is heavily invested in the new STAR WARS series, THE MANDALORIAN (and Baby Yoda). As for me, there’s not much I don’t obsess with. I love my animated favorites, but have been enjoying old classics like THE SOUND OF MUSIC too. And coming March 13th, we’ll be there when STARGIRL premieres!

All we needed to get started was a Roku Streaming Stick. Couldn’t have been easier to set up. 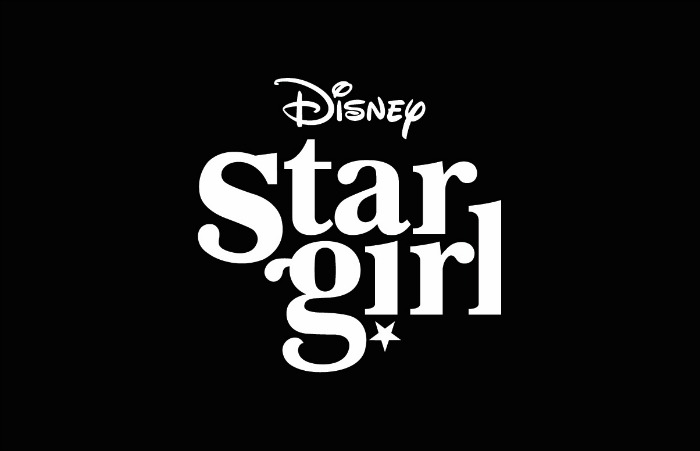