Whether you haven’t been to Disney World in years or you find yourself enjoying a stroll down Main Street often, there’s something fairly new at Disney’s Magic Kingdom that you won’t want to miss. It’s an interactive game and scavenger hunt of sorts, one that will get both kids and adults alike extra excited about a trip to the Happiest Place on Earth!

With the help of my daughter, I’ve created this guide to Sorcerers of the Magic Kingdom at Disney World. The scoop on what it is, how to begin, where it’s located, and most of all, how to enjoy it. 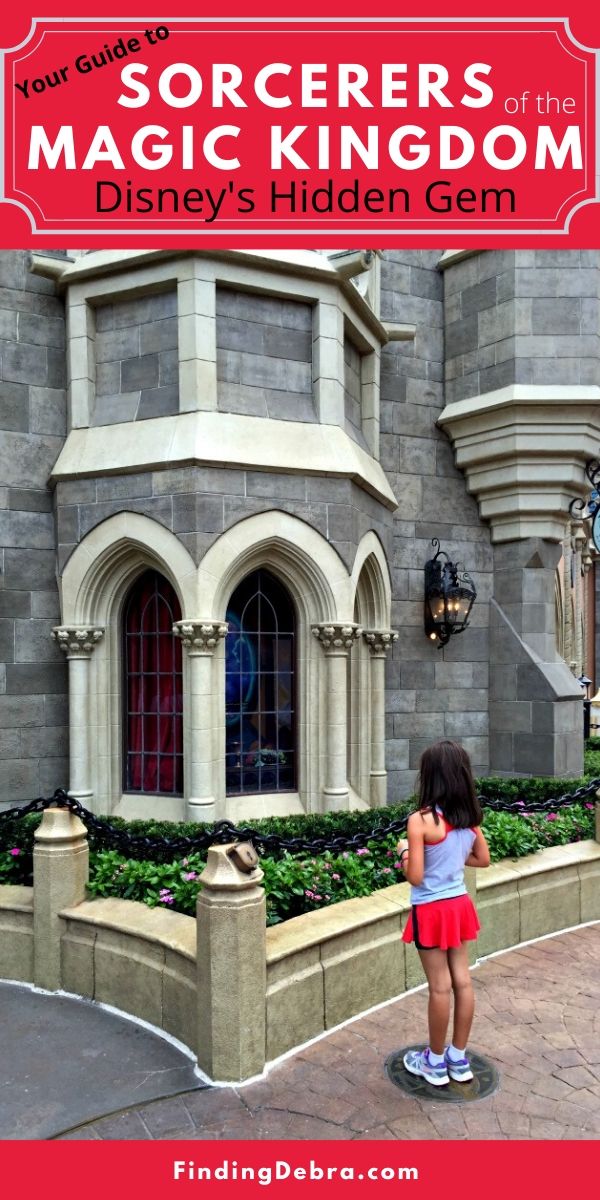 Guide to Sorcerers of the Magic Kingdom

Last year, we visited Magic Kingdom during two separate trips. I’ll be honest, it wasn’t until our second trip that we even noticed the Sorcerers of the Magic Kingdom. Why? It’s not exactly an “attraction” or “ride” but an interactive adventure which takes you all over the park. In fact, I guarantee you pass by people engaging in it all day long without realizing what they are doing. I also guarantee you walk right by Sorcerers of the Magic Kingdom portals without even knowing it. Read on to find out how. (It’s so cool)

If you love scavenger hunts and the idea of helping the wizard Merlin fight the evil forces of Disney villains  (and don’t mind free Disney souvenirs), then Sorcerers of the Magic Kingdom is for you. Our last family day at the Magic Kingdom was spent going on a few rides of course, but mostly running from land to land playing this.

One Park Only – Magic Kingdom 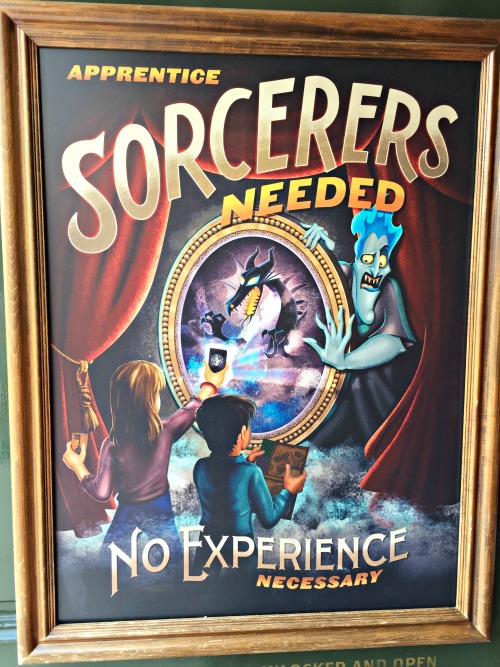 Head to Disney World’s Magic Kingdom, for right now this is the only theme park where this is available.

Next, become an apprentice sorcerer and help the wizard Merlin fight the forces of evil!

Hades, god of the Underworld, is looking to make Magic Kingdom park his new summer home. But first, he must reassemble the Crystal of the Magic Kingdom, whose 4 shards are scattered in hidden locations throughout the park. A brigade of Disney baddies is helping him retrieve the pieces, and it’s up to you to stop them! 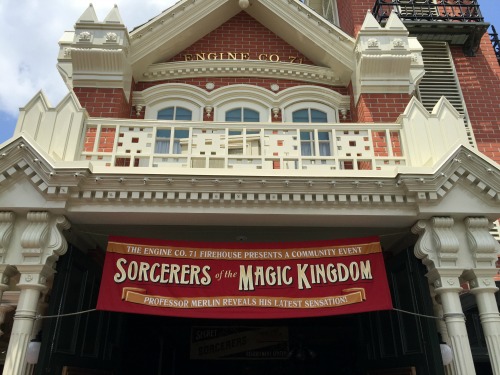 To become an apprentice sorcerer, head to one of 2 locations, the best being the Firehouse on Main Street, U.S.A.! It’s to the left as you enter the park. That makes it really easy to stop in before you get on with your day and gives you the option of trying the game out. At a minimum,  just stop by to get the FREE Sorcerers of the Magic Kingdom spell cards!

A second location is in Liberty Square. 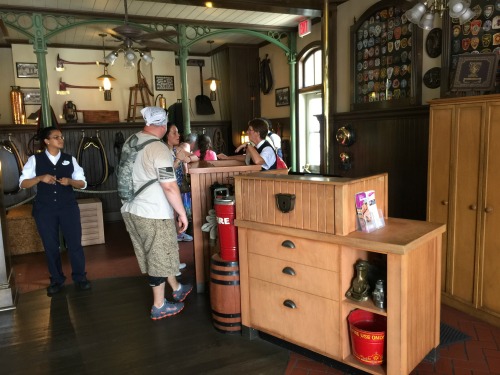 It is in these locations where you’ll be given all the tools you’ll need to help you on your adventure.

There’s hardly ever a wait in my experience. 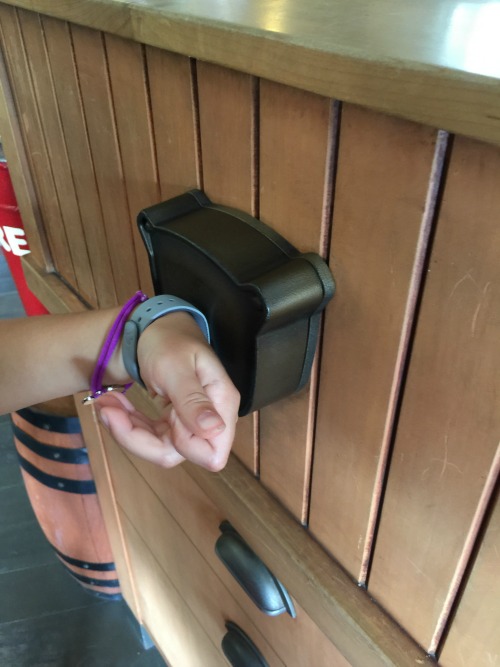 First thing they’ll do is link up the game to your MagicBand.

Does everyone in your party need to link up? No. In fact, we only had my daughter link up her MagicBand since we wanted her to be the one in charge. If you have multiple children, it might be good to have them all link up and then take turns at each portal or stop along the adventure. 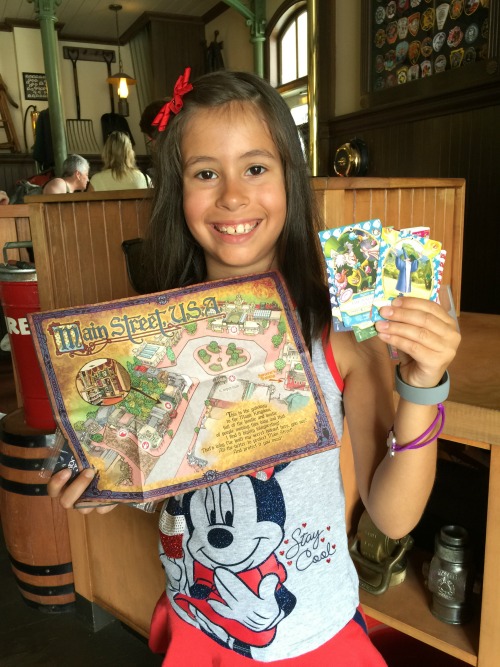 Free Souvenirs Just for Stopping By

Next, you’ll be given two very important items:

The map will show you the locations of various missions throughout Main Street, U.S.A.; Adventureland; Fantasyland and Frontierland. (Note: Tomorrowland is missing from the adventure – at least for now)

Spell Cards are used during each mission to challenge Hades and his henchmen (aka Disney villains). Each time you visit Magic Kingdom you can get a new spell card package. Each package comes with several spell cards inside. These look like trading cards and be warned, I have seen grown men sitting  near portals with binders full of cards. They like to trade.

These are incredibly fun to collect and don’t cost a thing. So even if you aren’t sure that your kids will enjoy the game, be sure to stop by and sign up just to get the spell cards for fun. A great souvenir!

Follow the Map and Find the Keyholes and Portals 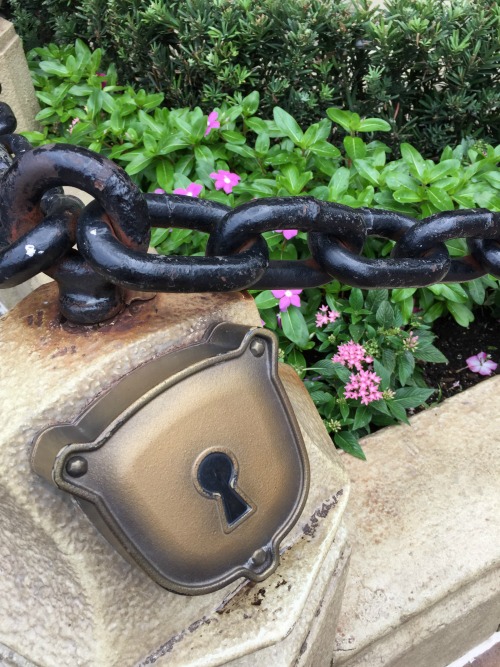 After signing up, as an apprentice sorcerer, you’ll need to follow the map to find locations for your missions. You’ll discover that you’ve been passing these all along without realizing it.

See this keyhole – this is one of the things waiting for you at every location. A keyhole which will read your MagicBand and……… 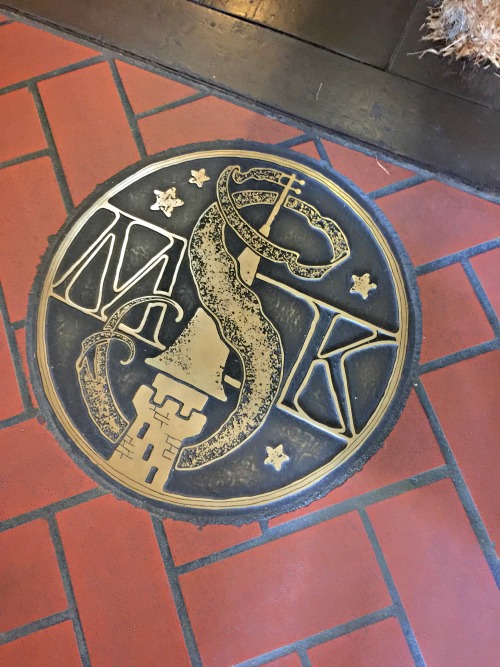 This Sorcerers of the Magic Kingdom logo is the other thing you’ll spot at each mission. You will stand in this circle every time after you’ve scanned your MagicBand into the keyhole. 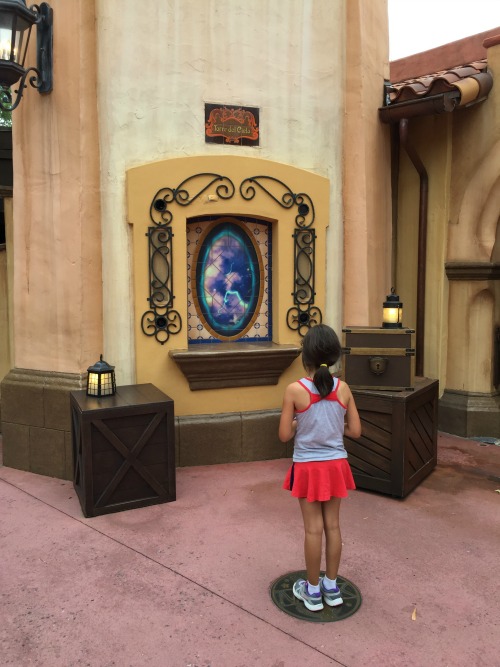 The portals are hidden throughout Magic Kingdom………………….

Here’s one in Adventureland, near the Pirates of the Caribbean attraction.

You’ll quickly spy the Sorcerers of the Magic Kingdom logo circle on the ground, which my daughter is standing upon. To her right, on a crate and under the lantern, you’ll spy a keyhole where she first had to scan her MagicBand. Once her MagicBand was scanned, she quickly stood on the circle and waited for the portal to open…..ahem, magically appear. You can see it here, but trust me, the average Disney goer would have passed by here without taking another look as when the portal is turned off, it looks just like a Disney building. Ah, the Disney magic!

But now that you are schooled in all things about Sorcerers of the Magic Kingdom, you will see the logo circles on the ground, keyholes and portal locations everywhere you go! 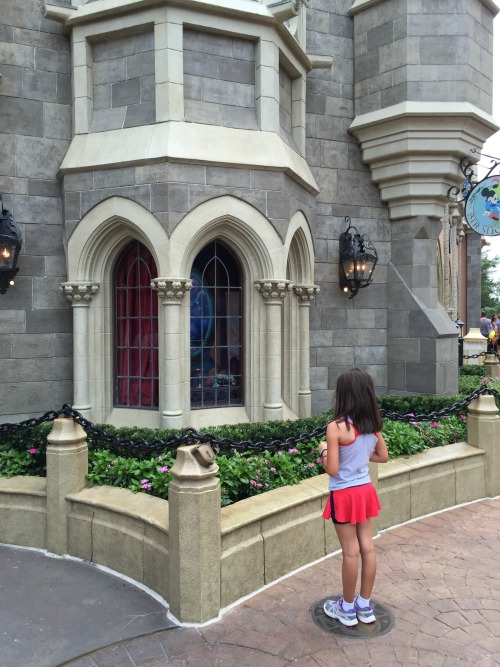 Here is another mission and portal location in Fantasyland, just on the other side of Cinderella’s Castle. Once again you  see the logo circle on the ground and the keyhole on the left. Where’s the portal? This time it’s inside the store window. Clever! 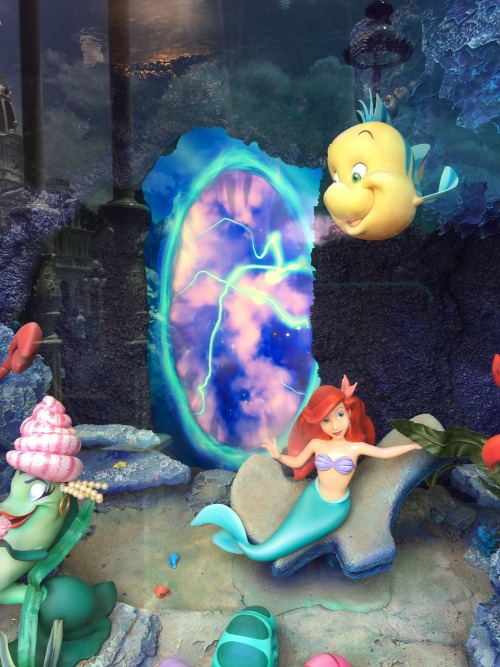 Here’s a closeup of what a portal looks like as it’s activating. This one happens to be in a store window on Main Street. 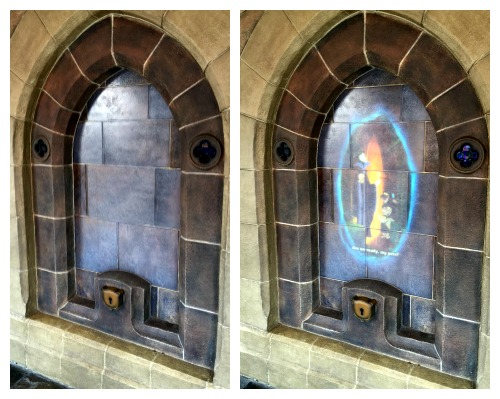 Here’s a photo of another mission and portal spot in Fantasyland, just to the side of Mickey’s PhilharMagic attraction.

Complete as many or as few missions as you wish; Merlin and the keepers of Magic Kingdom park are grateful for any help they can get! And speaking of help, a different Disney pal will pop up to guide you on each portion of your quest—and congratulate you as you thwart each Disney Villain.

Cruella De Vil, Jafar, Ursula, Scar and many more mayhem makers will be doing their best to get to each crystal shard before you do, so hold onto your proverbial wizard hat and get ready for spellbinding adventures at every turn! 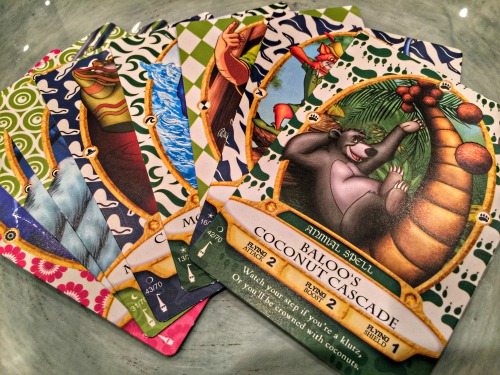 Keep your spell cards ready as you’ll need them to use at each portal location to fight off the villains. You’ll choose a card when told and hold it up in front of the portal and VOILA, watch to see what happens. From animal spells to warrior spells, from monster spells to fairy spells, these cards will help you along the way.

Sorcerers of the Magic Kingdom is included in your theme park admission….yes, it’s all Free!

Have you played Sorcerers of the Magic Kingdom yet?
Wondering exactly why you should stay ON Disney Property? Read all about it in my post Disney’s Animal Kingdom Lodge – Secrets Revealed!