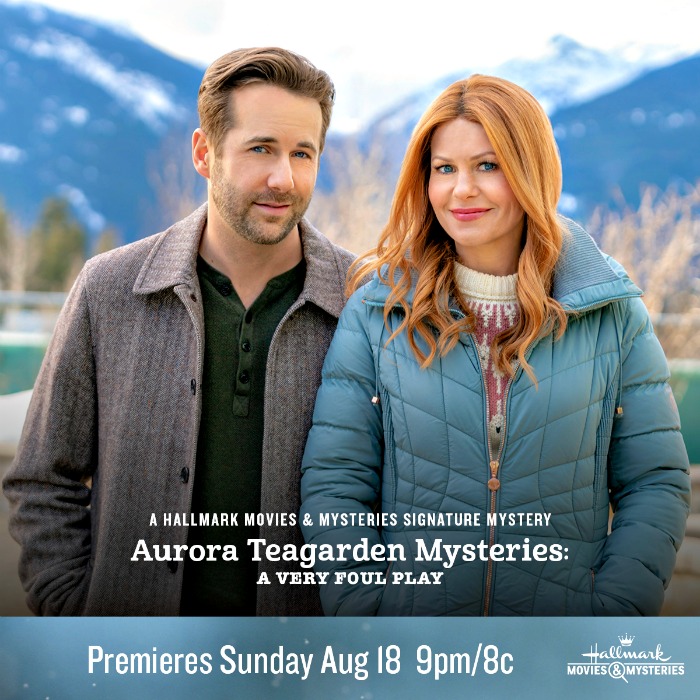 This post is sponsored by Hallmark Movies and Mysteries.

There’s nothing better than grabbing your favorite blanket, along with a good cup of joe, and watching an incredible movie. If you haven’t yet fallen in love with top channel, Hallmark Movies and Mysteries, you are about to. You did know that there’s more than just the incredible feel-good movies on Hallmark Channel, right? And thanks to our entertainment friends, an entire channel devoted to mystery is here – LOVE IT!

Brand new to Hallmark Movies and Mysteries is the Aurora Teagarden Mysteries series, starring none other than Candace Cameron Bure, Niall Matter and Marilu Henner. Yes, the same Candace Cameron Bure and Niall Matter whom we love to watch each year during Hallmark’s Countdown to Christmas. Christmas just isn’t the same without them, and now we can see them in a whole new light. 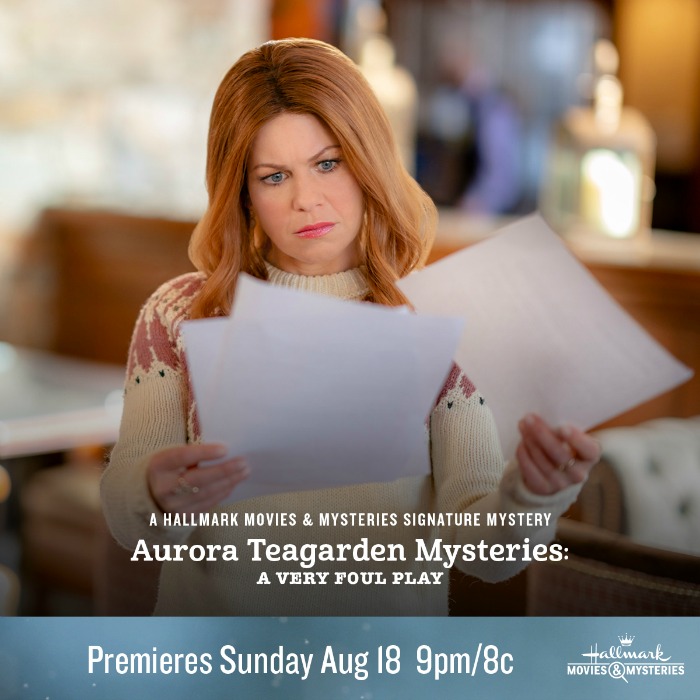 You might need to catch up before this weekend, but no worries, here’s a little background to help you out:

When someone begins taunting Aurora Teagarden (Bure) with cryptic clues left at crime scenes, the librarian-turned-crime buff attempts to figure out who is behind the creepy “game.” But when the people closest to Aurora become targets, the game takes on a much more dangerous edge as it points to a planned murder. And once it is discovered that Aurora’s blossoming relationship with Professor Nick Miller (Matter) might be the source of jealousy that is driving the crime spree, Aurora must be especially careful not to become the next victim.

While attending a weekend confab of murder mystery and true crime fans, Aurora (Bure) and her Real Murders Club pals agree to appear in the stage production of a fun murder mystery. However, when a very real murder is committed on stage in front of everyone during an unplanned blackout, Aurora’s nephew Phillip becomes the prime suspect when the lights come back up and he is found holding the murder weapon, a bloody knife.

I’ll let you in on a little secret! Shhhhhh! I’ve actually already watched this weekend’s signature mystery! Don’t worry, I am not going to spoil a thing. Be sure not to miss the first moments as it’s quite an opening. As I watched the sparks flying between Aurora and Nick, I quickly settled in and watched the story unfold. I cannot wait for you to watch as the Aurora Teagarden Mysteries are just the kind of entertainment I love to enjoy.

Don’t forget to bookmark my Hallmark Channel Countdown To Christmas Advent Calendar Free Printable as I’ll be updating it soon with the 2019 schedule!