Texas. One needs to drive across it to realize just how big it is. Texans love barbecue, cowboy boots, football, and family. Texans don’t like falling behind in anything, but that’s exactly what we’ve done. It came to my attention that Texas is seriously lagging behind in giving their kids the vaccine that can prevent more than 90% of HPV cancers – the HPV vaccine.

As I spoke with friends across Texas, I knew the “why” wasn’t an easy answer. Today, I’m going to delve into the conversation, knowing full well some families choose not to vaccinate at all (and I respect that). But for those Texas families who normally vaccinate their kids, let’s talk about some shocking statistics, the concerns parents might have, and, ultimately, the decision we made as a family.

This post is made possible with support from the American Cancer Society. All opinions are my own. 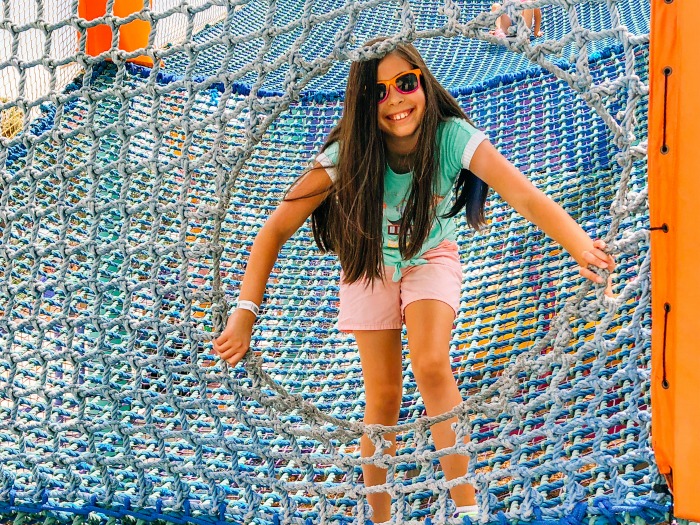 Why Do Parents Struggle with the HPV Vaccine Decision?

It’s hard to look at your tween, stuck in those middle years somewhere between childhood and teenager-ville, and think of a sexual future. One that could involve multiple partners. One that, on the other extreme, might only involve a spouse.

At 9-years-old, kids are still riding their bikes and playing with toys, yet it’s the time when parents have to make a big decision for them. That’s the hard part because at age 9, parents are making decisions FOR their kids, NOT WITH their kids. And no matter what, we are all trying to make the right decision for our family.

First, What is the HPV Vaccine?

The HPV vaccine is a vaccine that can help prevent 6 types of cancers.

This Statistic is Critical

Why is this important? According to the American Cancer Society, more than 35,000 men and women are diagnosed with one of the cancers caused by HPV in the U.S. each year, and approximately 90% of those could be prevented with the HPV vaccination.

Those statistics are shocking—in a good way. If I asked you on any given day if you would want a vaccine for cancer, most of you would likely say, “of course.” Cancer kills. I know that too well.

I remember being in the hospital ICU room like it was yesterday, though it’s been more than a decade. Monitors beeping. Nurses in and out. Tears in my eyes, a constant sign of the emotional pain I was struggling with.

My mom passed away in that hospital room, and though I wouldn’t have changed being in that room for anything, sometimes the memories of it are too much. You see, she had a complication from chemotherapy during her breast cancer treatment.

Cancer has taken far too many people from me. You see, as my daughter came of the age for us to think about the HPV vaccine, I knew we had to take it seriously and ask lots of questions. I studied. I asked a million questions. I did the research. Our pediatrician has come to expect that of me.

In the end, we decided to have my daughter vaccinated at an early age. If I could prevent cancer in my daughter, knowing almost assuredly she will be sexually active at some point in her life (even if only with a spouse), I needed to do so. I also was keenly aware that women and girls can be sexually assaulted without their consent. At any age. Boys, too.

The when to vaccinate became my big question for the doctor. The answer was crucial.

While it would be easy to just leave this decision to my child when she’s a grown adult, in her 20s, there was a reason we couldn’t wait for that.

The HPV vaccine works best when given between the ages of 9 and 12. So much so, older kids and young adults ages 15-26 are given 3 doses instead of the 2 doses for those under 15, and it’s still less effective than if given at a younger age.

For that reason alone, we chose to protect our daughter early against 90% of the HPV causing cancers. That’s not to say that we didn’t look at all the risks, but we knew she hadn’t had any bad reactions to previous vaccines, and we always keep her at the doctor’s office for a while post-vaccine, just in case, while lying down.

Texas’ vaccination rate is surprisingly low with only 43.5% of kids receiving the vaccine.

Currently, the Centers for Disease Control ranks Texas ranking 39th out of 50 states for HPV vaccine rates among children ages 13 to 17.

Maybe part of the reason has to do with its history. I remember well when our then-Governor Rick Perry mandated the vaccine for all girls before entering 6th grade. That was back in 2007, and as you can imagine, it didn’t sit well with parents. It was a very new vaccine, and we didn’t know much about it. Thankfully, our kiddo was just a little one, and we didn’t have to make that decision back then.

A lot has changed since 2007. The sheer number of vaccines that have been given to children since that time has offered an enormous amount of data and provided so much research for doctors and parents alike. More than 270 million doses have been distributed worldwide, with more than 120 million doses in the U.S. alone since 2006. Because of that, we can see how the vaccine has impacted and reduced the rates of those six different cancers. The CDC reports that since the vaccine has been in use, in young adult women, HPV infections that cause most HPV cancers and genital warts have dropped 86%. That’s just one of the many statistics that we can be proud of.

That has impacted and saved lives.

HPV Vaccine is for Both Boys and Girls

Don’t forget that the HPV vaccine is for both boys and girls because both can transmit the virus to future partners.

Make sure to talk to your pediatrician at the next well-visit. Be prepared, do a little research, and have a list of questions to ask. Ask about the research on why age matters. Here are some things to think about before your appointment.

Time is crucial. Let’s not wait.