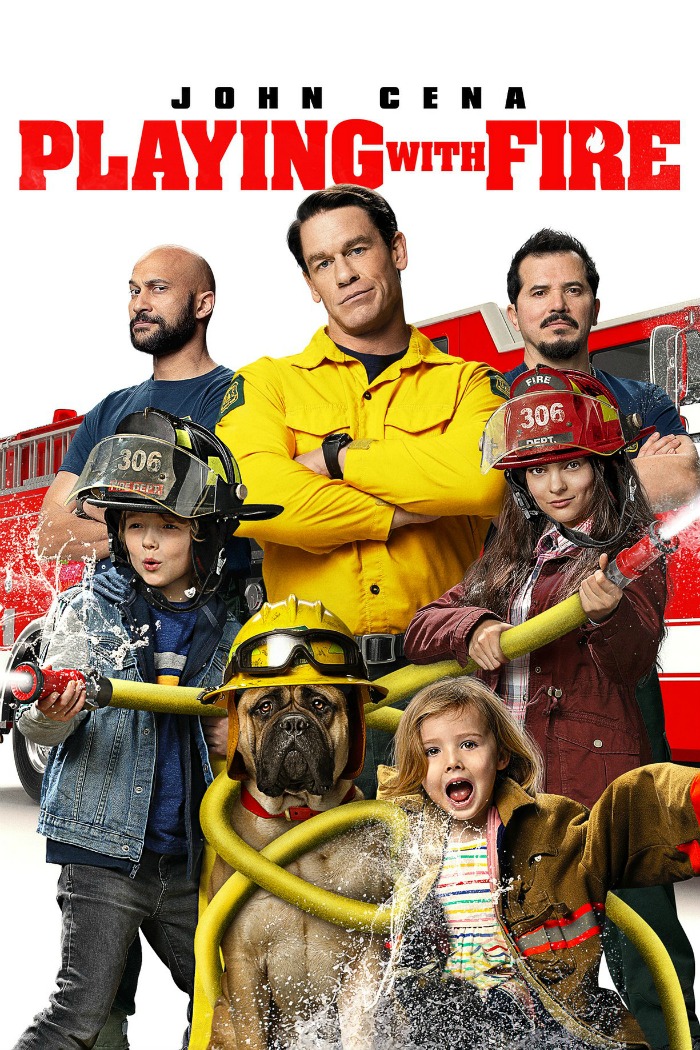 PLAYING WITH FIRE – On Digital January 21

When firefighter Jake Carson (John Cena) and his team (Keegan-Michael Key & John Leguizamo) rescue three siblings in the path of a wildfire, they quickly realize that no amount of training could have prepared them for their most challenging job yet – babysitting. While trying to locate the children’s parents, the firefighters have their lives, jobs and even their fire station turned upside down and learn that kids – much like fires – are wild and full of surprises.

(Product provided to giveaway winner thanks to sponsor)

The PLAYING WITH FIRE DVD includes the feature film in standard definition.

Want to win this sweet Playing With Fire Movie prize pack? All you have to do is enter the rafflecopter below. Good luck!

Giveaway ends February 7th at 11:59 PM Central Time. No purchase is necessary to enter. Void where prohibited by law. The odds of winning are based on the number of entries received Open to US, 18+ only. Confirmed Winner(s) (by Random.org) will be contacted by email. Winner(s) have 24 hours to respond before a new winner is chosen. No purchase necessary. Void where prohibited by law. The sponsor(s) will be responsible for product shipment to winner(s) of this giveaway. My blog is not responsible for product shipment/delivery. This event is in no way administered, sponsored, or endorsed by, or associated with, Facebook and/or Twitter, Google, Pinterest. This disclosure is done in accordance with the Federal Trade Commission 10 CFR, Part 255 Guides Concerning the Use of Endorsements and Testimonials in Advertising.