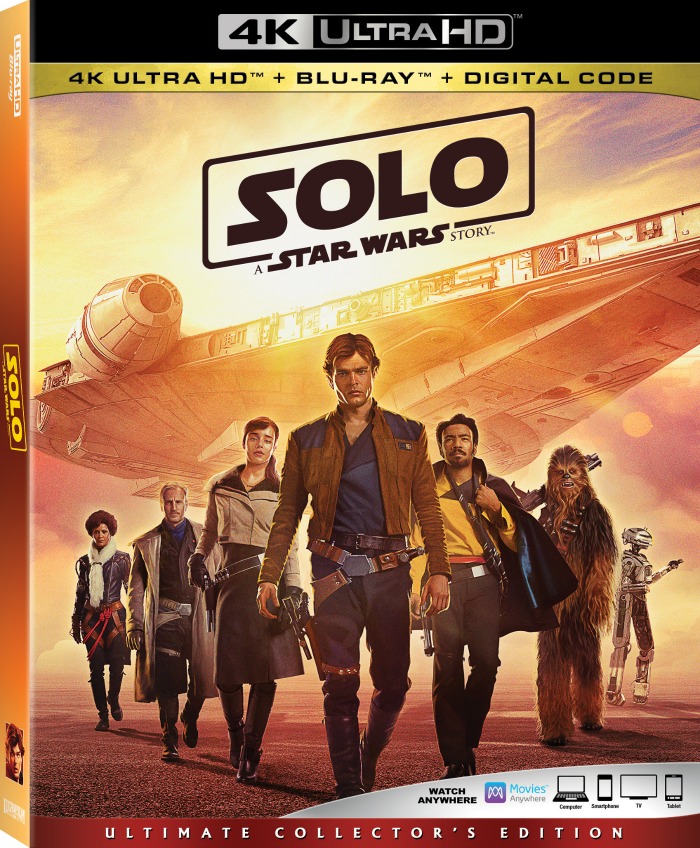 Today is the day! The SOLO A Star Wars Story Blu-ray is in stores everywhere now!

Yes, the Millennium Falcon set its’ course for your homes digitally earlier this month in HD and 4K Ultra HD™ and on Movies Anywhere, and now it has brought the adventure home on Blu-ray 4K Ultra HD™, Blu-ray™, DVD and On-Demand today, Sept. 25th.

My family couldn’t be more excited as a complimentary copy arrived from our friends at Disney and we are enjoying the adventure over and over again! (Affiliate link in post)

Oh and I’ve got one of the deleted scenes below…keep on reading!

Why are we so thrilled?

Reason #1: We are huge Star Wars fans, and it’s exciting to see our daughter growing up to love this franchise and find herself invested in these characters.

Reason #2: SOLO: A Star Wars Story went back in time and told the story of Han Solo before he was the bestie to Chewbecca, before he ever stepped foot on the Millenium Falcon, and before he fell in love with a certain princess. We thought we knew the story, but in reality, we didn’t. Ron Howard did an incredible job directing this film and we found ourselves gasping at the surprise details.

Reason #3: I was so privileged to attend the Star Wars SOLO Premiere, interview the cast, and even fly the Millenium Falcon. So watching this film brings back so many incredible memories. 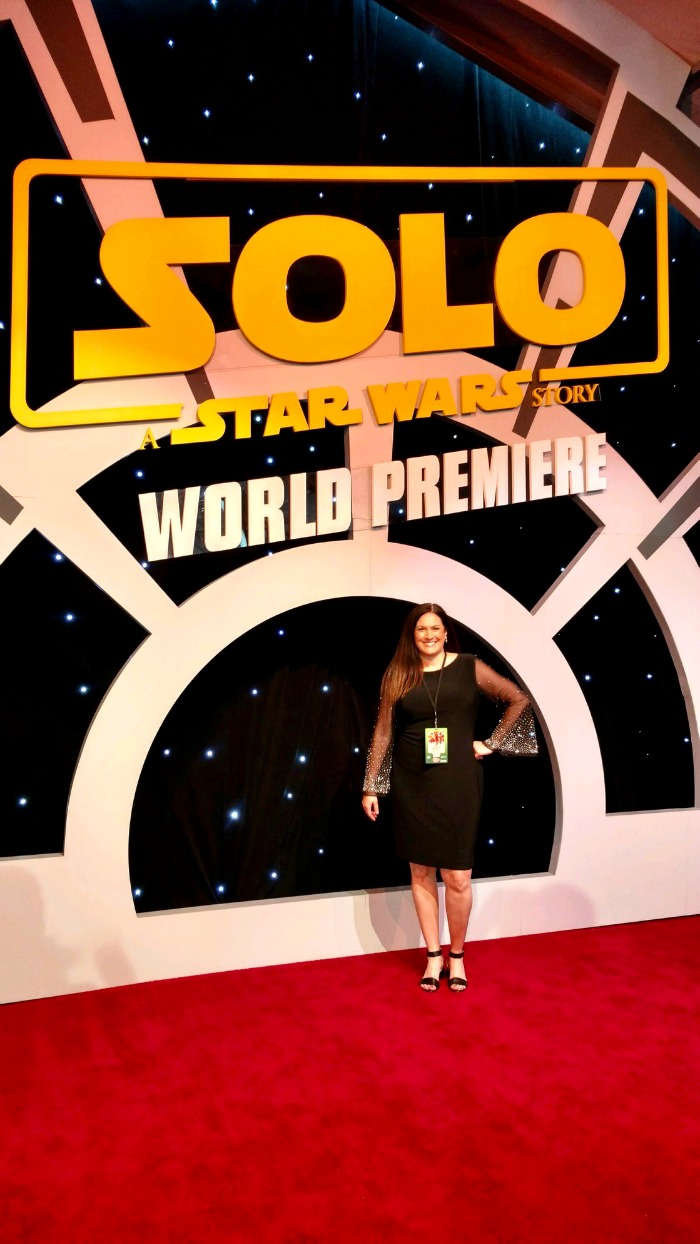 If you haven’t had the chance to read my cast interviews (and one amazing interview with director Ron Howard), check them out (so many PHOTOS):

I know there are many of you who waited to see this film. Now is the time –> Bring it home!

For those of us who saw it in theaters, oh, just wait. There’s so much more!

“Solo: A Star Wars Story” bonus content takes fans behind the scenes to experience compelling discussions with the star-studded cast and screenwriters Jonathan Kasdan & Lawrence Kasdan (writer of Star Wars: The Empire Strikes Back and Star Wars: Return of the Jedi); a revealing feature on Chewie and his enduring friendship with Han; a close-up look at the original version of the Millennium Falcon and Han’s first time piloting the infamous ship; the creation of the film’s otherworldly settings and pulse-pounding action sequences; and eight never-before-seen deleted and extended scenes.

DIGITAL AND BLU-RAY BONUS MATERIAL (may vary by retailer):

Sit down with director Ron Howard and the stars for an intimate and entertaining discussion of the film’s making.

See what it takes to bring your favorite Wookiee to life in this lighthearted look behind the scenes.

Get behind the wheel for the making of this high-octane chase through the streets of Corellia.

Explore the challenges and thrills of creating this action-packed sequence, including its remote location and spectacular effects.

Meet the newest droid—and the talented actor who helps bring her to life.

Take an in-depth tour of the rough-and-tumble bar where strangers mix and gamblers risk all in the legendary card game, Sabaac.

Join Han and Chewie at the controls of the Millennium Falcon to see how this legendary moment in Star Wars history unfolds.

o   The Battle of Mimban: Extended

o   Snowball Fight! (See this one below):