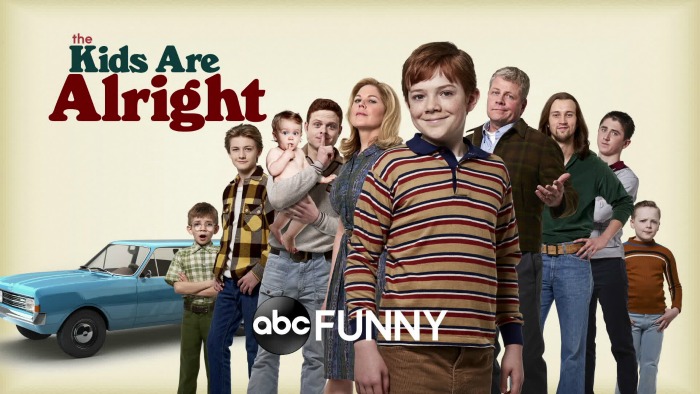 There are times when a television show or movie can show a glimpse of my childhood, but never before have I felt such an overwhelming feeling of nostalgia as I did when I had the opportunity to walk onto a television set recently. Today I share all the details of The Kids Are Alright set visit and meeting the cast.

If you haven’t started watching this new ABC comedy, you are in for a real treat. Such a treat in fact, that ABC has recently ordered a full season! The Kids Are Alright is a HIT and I’m about to share with you why it resonates with so many of us.

WATCH: Tuesdays at 8:30|7:30c on The ABC Television Network or streaming or on demand.

The Kids Are Alright Set Visit

A bit about the show:

Set in the 1970s, this ensemble comedy follows a traditional Irish-Catholic family, the Clearys, as they navigate big and small changes during one of America’s most turbulent decades.

In a working-class neighborhood outside Los Angeles, Mike and Peggy raise eight boisterous boys who live out their days with little supervision. The household is turned upside down when oldest son Lawrence returns home and announces he’s quitting the seminary to go off and “save the world.” Times are changing and this family will never be the same.

There are 10 people, three bedrooms, one bathroom and everyone in it for themselves. 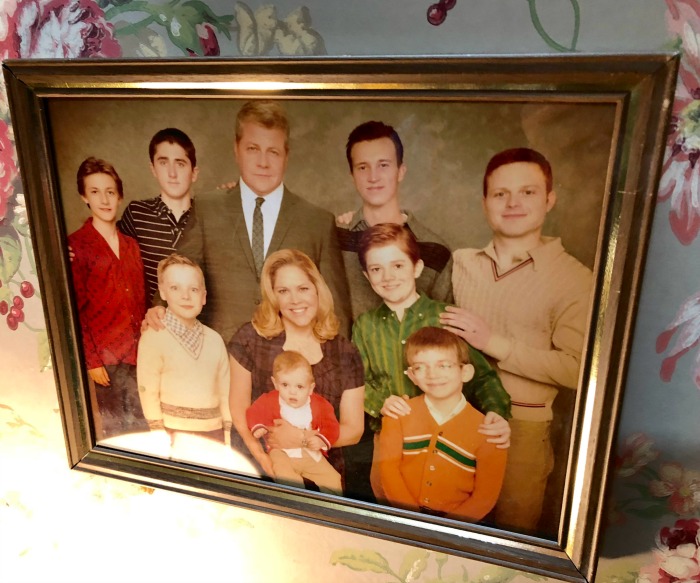 With the show set in the early 1970’s, the crew built the house from the ground up, taking inspiration from a home they found in nearby Studio City, California.

It’s this house that I’m standing in front of with some of the incredible cast (and standing right next to famed actor Michael Cudlitz from The Walking Dead, I might add), that reminded me instantly of both of my grandparents homes…and in an instant.

Though it is set in the ’70s, the furniture and decor is older. Why? The answer made sense when they shared. Like many families in this era, they can’t afford to go out and buy new furniture. They are on a budget. This family has a lot of hand me downs, and that goes beyond clothing.

As a little girl growing up in the ’70s (totally dating myself here), I spotted items in every room that not only my grandparents had, but that my parents had as well. It was strange. It took me back in time. And having lost three of my grandparents and my mom, it was oddly calming and emotional.

Let me take you through the set… 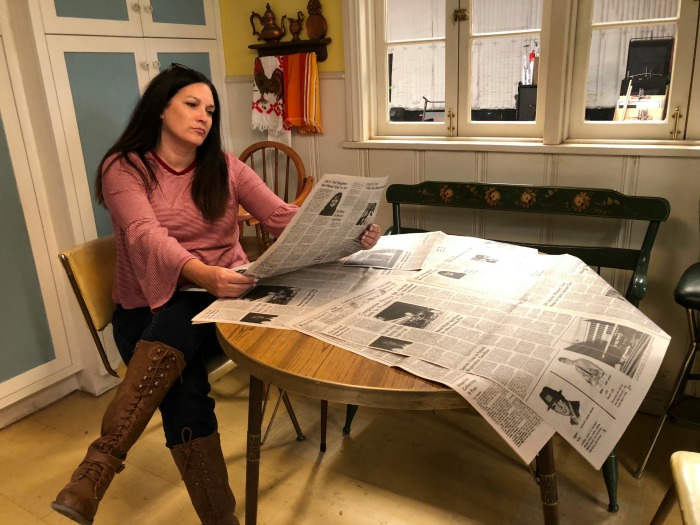 Like many southern California homes, there are two dining areas (this one above located directly in the kitchen).

I will tell you that I know they did their research, because it was the smallest of details that caught my eye. The way the cabinets were structured. The cabinet handles. The tile used.

I had posted this picture of me above on my Facebook page and my younger cousin immediately commented that she was imagining our grandfather doing his crosswords at that table.

It was clear I wasn’t the only one having flashbacks (and she’s a millenial). 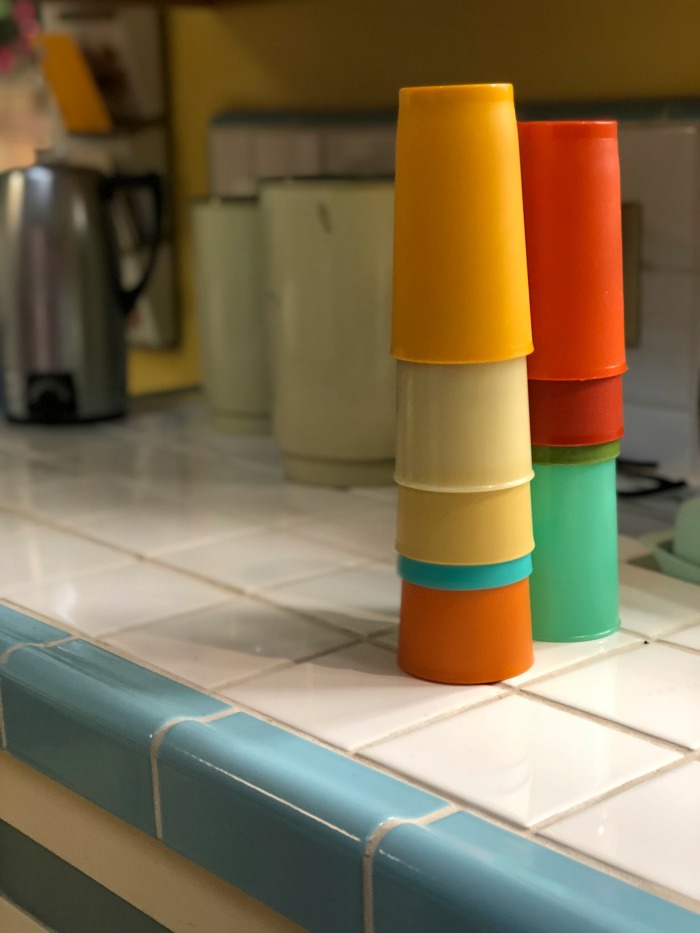 Some of those details brought back memories that I’d almost forgotton.

This stack of Tupperware cups looked so familiar. In fact, truth be told, I still have the yellow-brown one in my kitchen cabinet. At one time it had been in my grandparent’s cupboard, then my mom’s, and now mine. Though I don’t dare drink out of it now (I’m assuming BPA? but could be totally wrong), the little girl in me won’t throw it out. 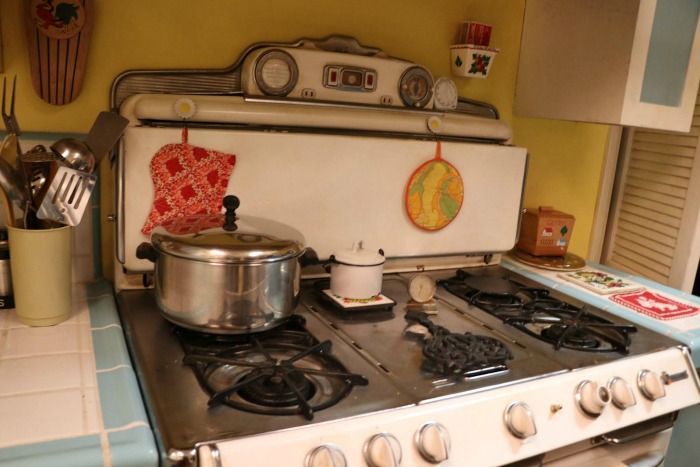 This stove looked so similar to the one from my other grandparent’s house.

You see, I was lucky. Both sets of grandparents lived just two streets away from each other.

Oh, and that pot. It’s a Farberware pot. Want to know how I know? Because my grandma had all Farberware. My mom had all Farbarware. And guess what pots and pans are mostly in my cupboard? Farbarware of course, bought for me when I moved out on my own! 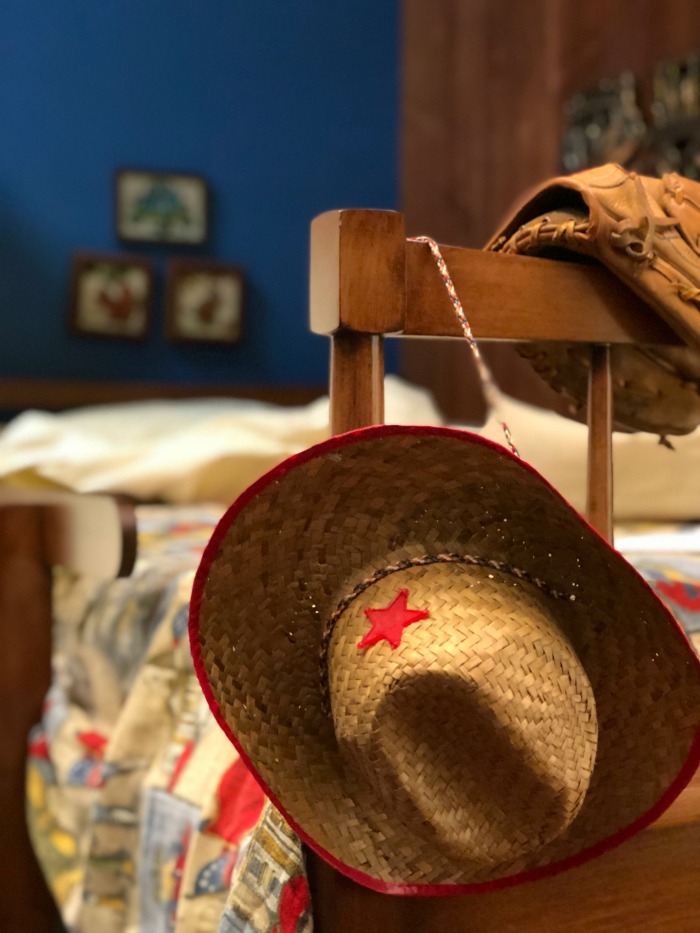 Walking on a set is so interesting. This set was a home, and not a very large one, but one that held 10 people, three bedrooms, and one bathroom.

It was a tight fit with 25 of us walking through. 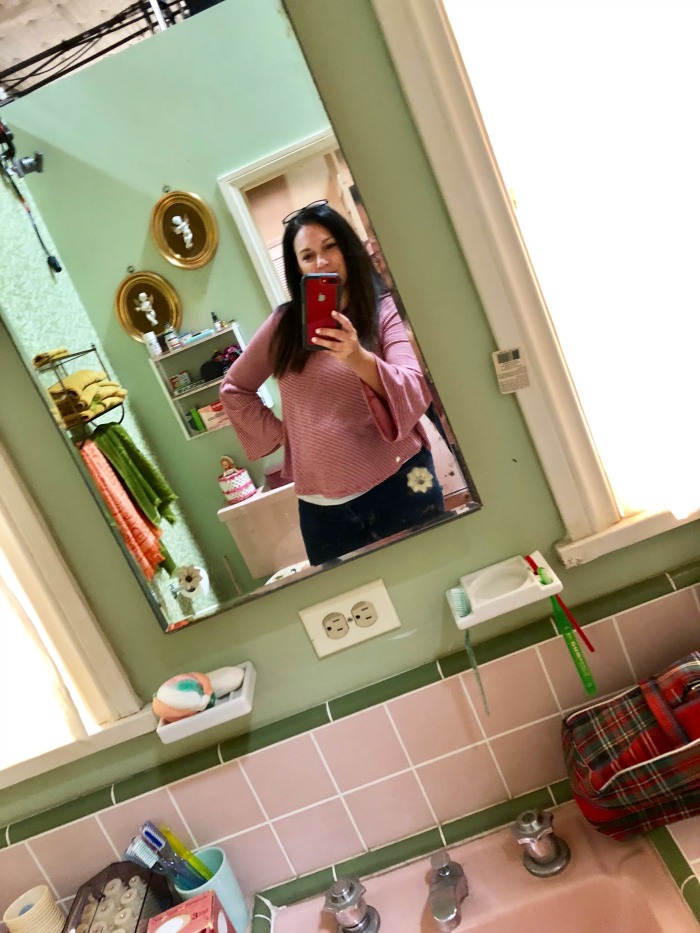 I stopped short in the bathroom. Can you imagine 1 bathroom for 10 people?

The bathroom looked so familiar. Though one grandmother had blue tile and the other yellow, it was like I was transported in time. 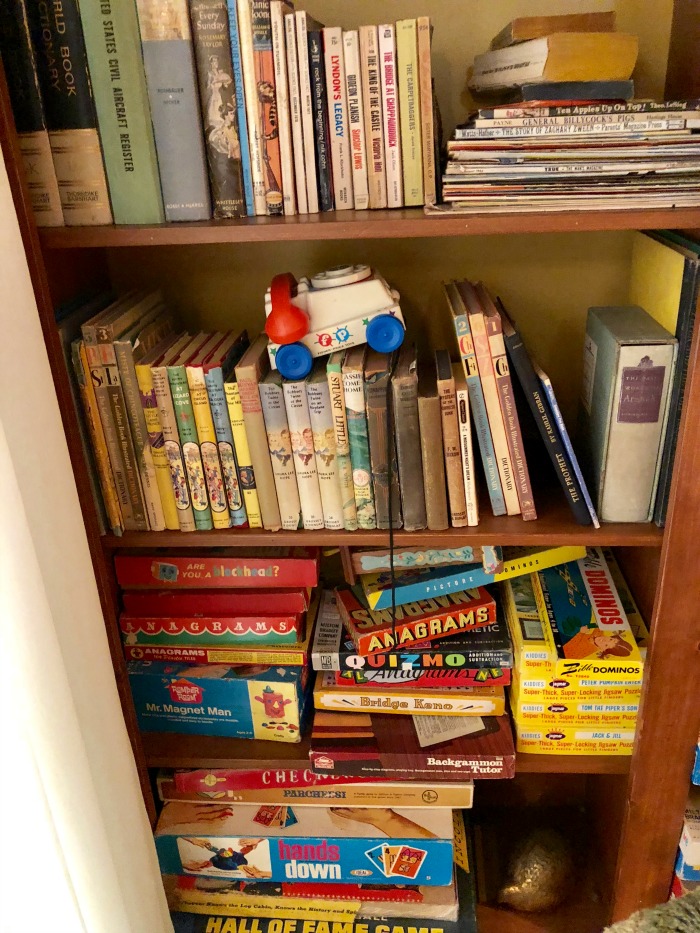 From a nice section of encyclopedias (my grandmother still owns her set) to old Nancy Drew books, I spied so much fun in this bookcase. 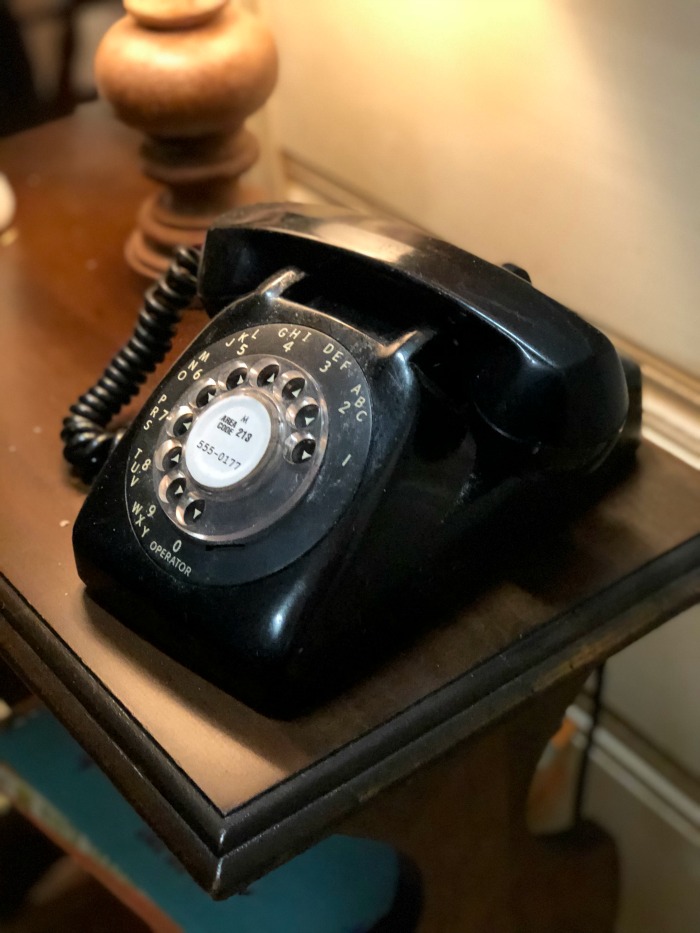 Let’s not forget how we talked back in the day, with the old rotary phone.

Do kids even know how these work? 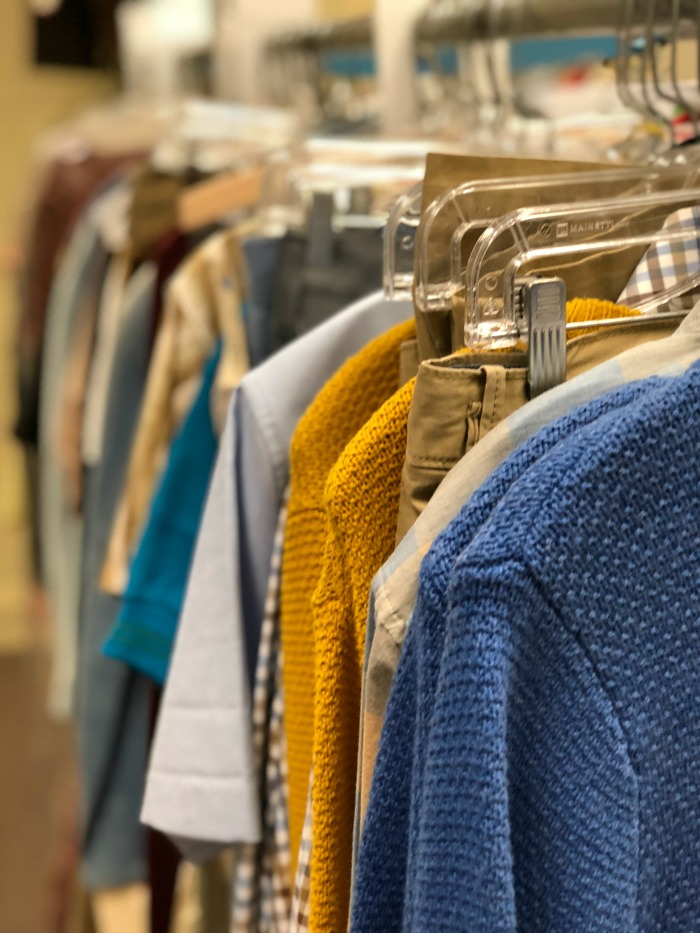 We spent some time in wardrobe, which is always fun for a decade show like The Kids Are Alright. 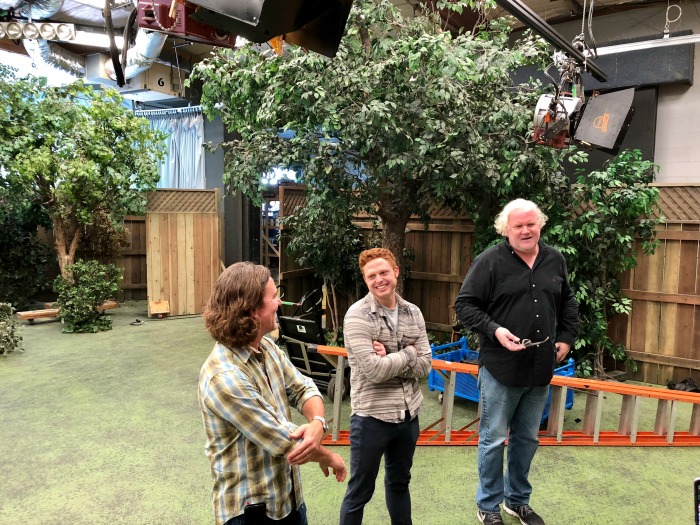 Tim Doyle spent time explaining how his childhood was the inspiration for The Kids Are Alright.

Doyle also narrates in voiceover as older Timmy for the show. 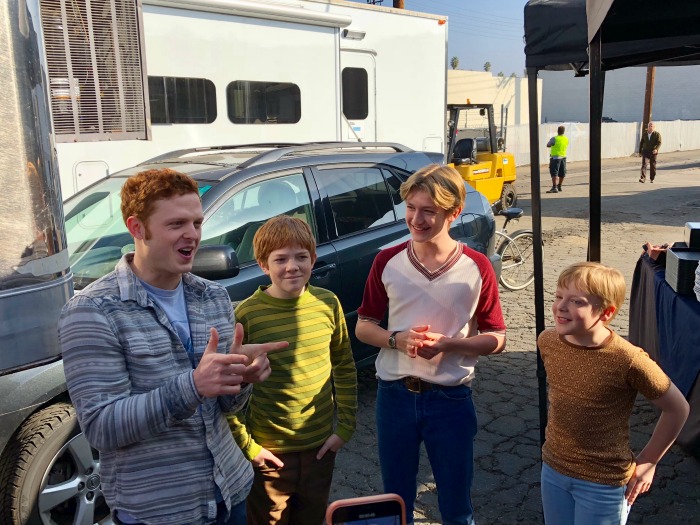 Once we finished touring the house, we were headed to the separate backyard set – they actually film outside.

But first, we ran into the other Cleary boys. 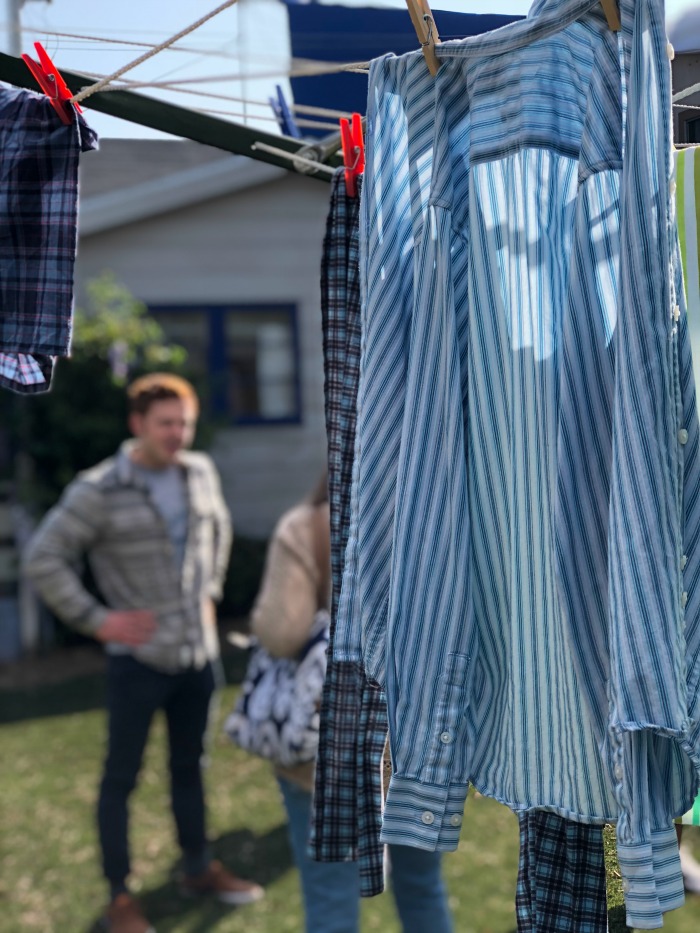 The sprawling outdoor set, complete with treehouse, sandbox, and old-fashioned red wagon, was also complete with older model sedan and the much-hated clothes line (at least I hated it growing up). 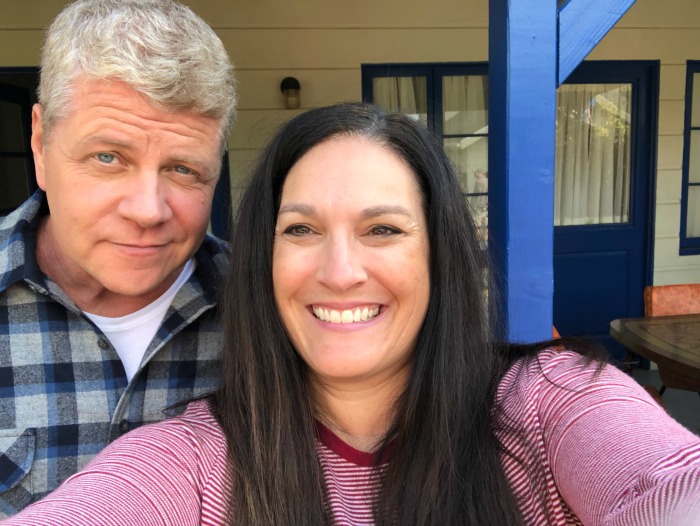 While there we were quickly kicked off the set because they were about to start filming. I was able to snag a quick selfie with Michael Cudlitz and Caleb Foote too (below). 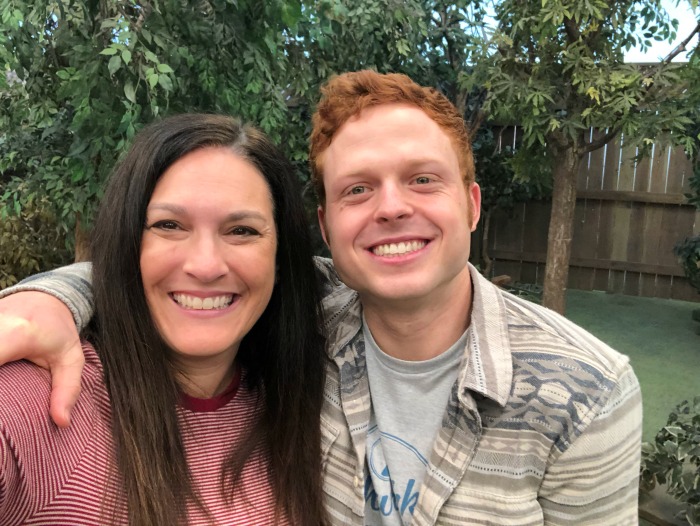 Take a look inside the Cleary home…

What an incredible experience. I will be watching tonight. Will you?

“Peggy’s Day Out” – To hide a mess Eddie made, his girlfriend, Wendi, tries to distract Peggy by insisting she take a day off with a fun day out while they take care of the housework. To everyone’s surprise, Peggy accepts the offer and requests Wendi tag along, with the ulterior motive of teaching her a lesson. Meanwhile, Eddie enlists the help of his brothers to clean up and keep Mike out of the house while Wendi and Peggy are out. Elsewhere, Pat introduces Timmy to his secret dog on “The Kids Are Alright,” TUESDAY, NOV. 13 (8:31-9:00 p.m. EST), on The ABC Television Network, streaming and on demand.

WATCH: Tuesdays at 8:30|7:30c on The ABC Television Network or streaming or on demand.