Disclaimer:  Disney, Pixar and ABC invited me to San Francisco on an all-expenses paid trip, in exchange for my coverage of events, which included an exclusive look at the series premiere of The Toy Box and interview with PIXAR Creative Director of Consumer Products, Jen Tan. As always, all opinions are my own. 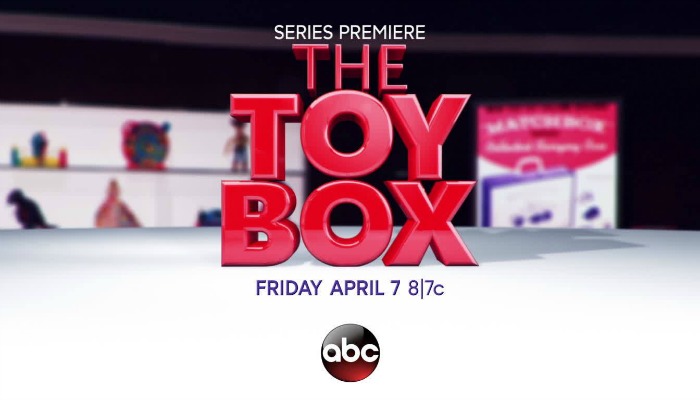 Think Shark Tank but with toys and kids and plenty of laughter!

Before I headed out to San Francisco a couple weeks ago, where I had the chance to view the series premiere with one of the show’s mentors, I had seen a few of the trailers. I was SOLD immediately.

I’ve always been one to watch the reality based shows where there’s “judging” going on. I was always a fan of American Idol. Though I loved the talent, it was judge Simon Cowell who stole the show for me with his comments. So to have a television show of this magnitude really cater to families – a win for ABC!

Wouldn’t you expect a television show featuring toys to be family friendly? I know I did and I’m proud to say that not only is The Toy Box family friendly, but it features kids as the ultimate judges!

Yes – Kid Judges! The premise of the show is that “passionate amateur inventors put their hearts, souls and a lot of money into their unique toy concepts with hopes of impressing the mentors and making it to The Toy Box where young, no-nonsense judges determine if they will earn the chance to compete for the grand prize”. Oh and read on, because the grand prize will be life changing (and you can benefit from it too)!

In each episode, hosted by Modern Family‘s Eric Stonestreet, inventors present their toy concepts to a group of mentors. If the toy maker gets past the mentors, they will move on to The Toy Box where a panel of young, no-holds-barred judges (KIDS) decide which toy moves on to the finals.

The same kids appear in all episodes too. I’m glad because separate and together, they are hilarious!

PIXAR’s Chief Toy Officer (my choice of title, not hers), Jen Tan, explained that there are 7 regular episodes, with 1 winner (toy) chosen at the end of each episode. An 8th episode will be the finale, where 1 grand prize winner will be chosen from among all 7 episode winners.

FUN FACT: Though the show’s filming has been done for almost a year, the Mentors (adults Lauren, Silver and Tan) DO NOT KNOW who won the grand prize! The kids must have kept it a secret! So the mentors will be just as excited as we are to watch that finale!

The winning toy is to be made by Mattel and Sold Exclusively at Toys“R”Us® after the series finale!

FUN FACT: Though the show was filmed last summer in New York City, it’s just now airing. Why? Mattel needed time to create the product and then produce enough to be ready for sale the day after the finale airs!

Yes, you will be able to buy the winning toy! Talk about life changing for the toy inventor!

Before I go any further, I know you want to take a look! The kid judges – you can’t put into words how perfect they are for this role!

Tonight we’ll watch as 5 amateur toy inventors present to the mentors first. How many will get through to the kid judges? I’m not telling! 🙂

“Episode 101” – this week’s toy inventions include:

Do you already have a favorite?

I mentioned earlier that I call Jen Tan PIXAR’s Chief Toy Officer. That’s not her title. I just made that entirely up on my own, because to me, that’s really what her job is (and it’s the coolest job EVER)!

Officially Jen Tan is PIXAR’s Creative Director of Consumer Products. She’s a toy expert in my book with the ability to help create some of the most iconic toys our children will know from our favorite movies. Since Jen arrived at PIXAR Animation Studios in 2013, she’s worked on the consumer product lines for such movies as Inside Out, The Good Dinosaur, and Finding Dory. Right now, she’s a little busy with preparing for upcoming toy lines for the movies yet to be released this year – Cars 3 and Coco! I have some inside scoop on some Cars 3 products, but more on that in future posts, sorry!

Though she might not have ever predicted her career would take her to bright lights and a television set, it’s clear she was a perfect fit. Jen Tan knows toys and that’s exactly why the creators of the show reached out to PIXAR.

As we spent time with Jen, she mentioned that the mentors were able to spend 30 minutes with each toymaker before deciding whether they could move on to the next level. Though they often agreed, there were times the mentors didn’t understand each other! Ha!

I had the opportunity to ask Jen about her television experience. One word seemed to come up a lot, nerve-wracking! Jen explained about this new venture for her,”there’s a lot that goes in, in making a TV show. And everyone on the crew is so hard working. They were there for a long time. We were only there for a few hours to film our segment. But they stay there all day and all night long. So I gained a lot of respect for people in that industry.”

Don’t miss it (and grab the family)!