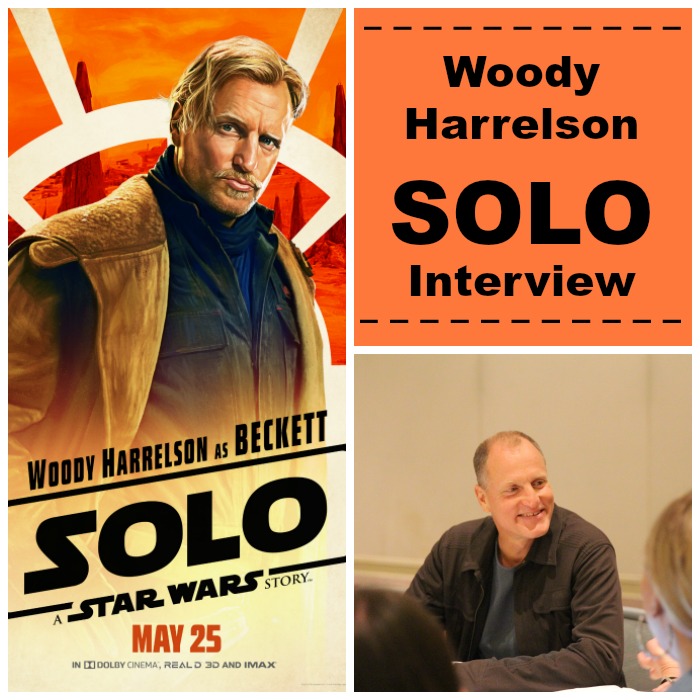 SOLO: A Star Wars Story is in theatres everywhere NOW and I couldn’t be more excited. (You have purchased your tickets, right?)

This will be my 3rd time watching, but the first with my husband – and I am so ready to talk about all the details with him, chat theories, etc. Oh yes, you will have theories! Read my No-Spoiler SOLO Movie Review! 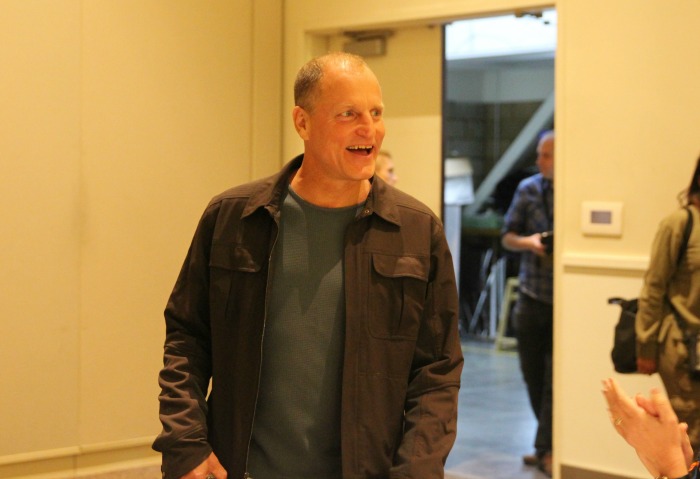 The Man Himself – As Complex as his Character

Woody Harrelson. When I first spotted him on my interview list, I wasn’t sure what to expect.

There was the Woody I had grown up watching on television during the 80’s. That Woody, much loved behind the bar standing next to the likes of Ted Danson, though a bit dim-witted, was everybody’s friend.

There was the Woody who was an activist, whether for the environment or even marijuana.

There was the Woody who though faced challenges early in his childhood, now finds himself a doting husband and father.

Which Woody would walk through that door? The answer is simple. All of them, and with the biggest smile you’ve ever seen (above).

Woody Harrelson is as complex as the character he portrays in SOLO: A Star Wars Story. And the Star Wars universe is all the better for it. 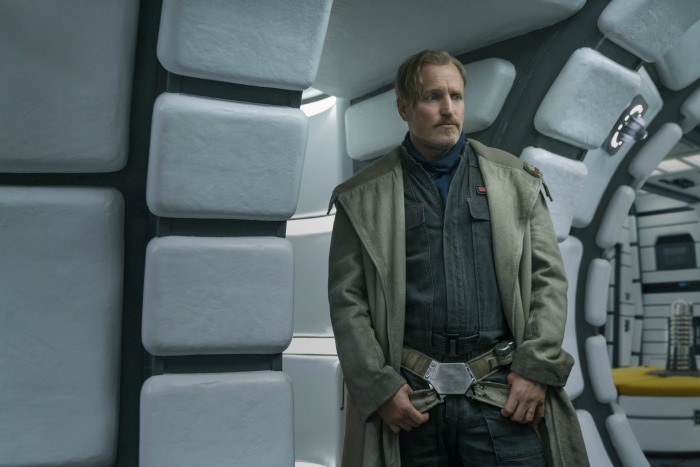 “Let me give you some advice. Assume everyone will betray you and you will never be disappointed.” – Tobias Beckett, SOLO: A Star Wars Story

Tobias Beckett, the character, is anything but simple, but he perhaps shapes a young Han Solo more than any other, as seen throughout the film.

Tobias Beckett is a mentor of sorts to Han, though certainly not in the traditional way. Harrelson had us laughing, reminded us that he’s played scoundrels before, just not in space. A space scoundrel – yes, that might be an adequate label for Tobias Beckett after all, though with a bit of charm of and heart thrown in. Yes, I warned you – complex character.

There is no doubt that Tobias Beckett is a survivor, though we don’t know too much about his background, and maybe the reason I fully believe Harrelson was just perfect for this role. Harrelson has faced his own challenges in life, some from childhood, and it has most definitely made him who he is today. Same with Beckett.

Harrelson said of his character, “He really does have this image of life, wanting to be done with this life of criminality and ultimately, just be playing the valachord, living in a remote planet somewhere”. Is that even a possibility? That’s for you to discover in SOLO! 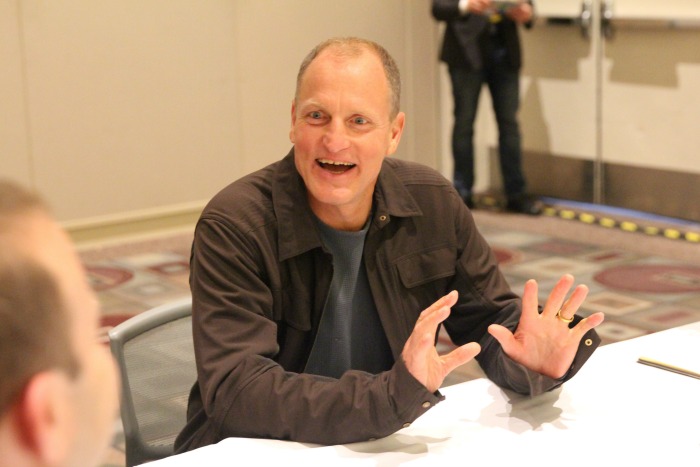 He Said No to SOLO

It’s true. Just as he had originally done with Hunger Games, Woody Harrelson first turned down the opportunity to become part of the Star Wars universe.

Why? He was supposed to be heading home soon to take some time off to be with his family, wife and daughters who had tired of him always saying he would be done after this or that role,  yet it kept going.

But SOLO didn’t take no for an answer and persistence paid off.

SOLO wouldn’t be the same without a Woody Harrelson. 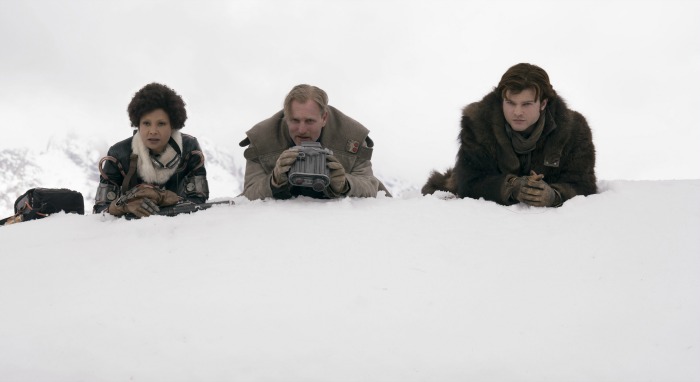 If you’ve read my interview with Alden Ehrenreich, you know how much I thought of him as a person and an actor. I’m not the only one. Woody Harrelson agrees.

Harrelson was so impressed with Ehrenreich’s work ethic most of all. On breaks, while you might find Woody playing speed chess online, he commented that Ehrenreich would be right next door reading or taking piano lessons.

Ehrenreich is different, not a Hollywood party animal – something Harrelson admits he himself was early on in his career. Harrelson loved watching Ehrenreich – “just the way he cultivates himself as a human, he’s an extraordinary guy”. Thinking of Harrelson’s kids and young actors like Ehrenreich, Harrelson admits, “I think I’m a great example of what not to do”. 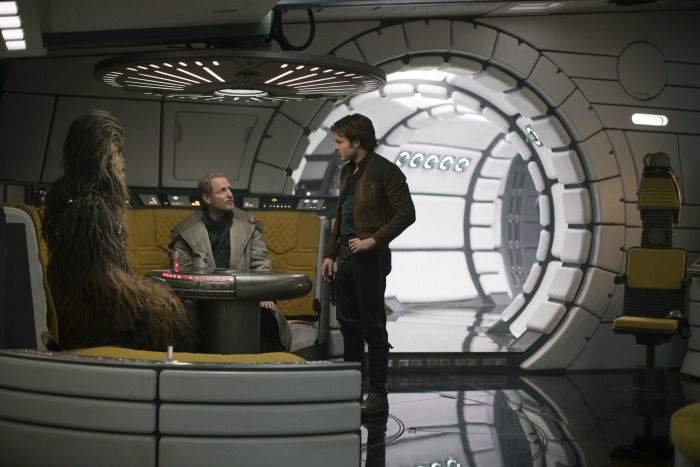 As for Harrelson’s own mentors in his life. He shared that he would consider the legendary Jack Nicholson one.

They are neighbors, so to speak, with Harrelson still owning property in LA (though he primarly resides in Hawaii – lucky him) nearby to Nicholson.

He recalls visiting Jack many times at his home, sharing stories, and listening to “cool” advice. Oh to be a fly on that wall.

His Advice for You and I

It’s as simple as that.

Harrelson recalled that early on in his career, so early that he hadn’t gotten a job yet, he sort of gave up. He didn’t think he could do it.

Now, with the career he’s had and the lifestyle he is able to live, he is grateful.

Now – How about a great laugh?

Three of my favorites having a bit of fun together! Woody Harrelson, Emilia Clarke and the man who plays Chewbacca, Joonas Suotamo! 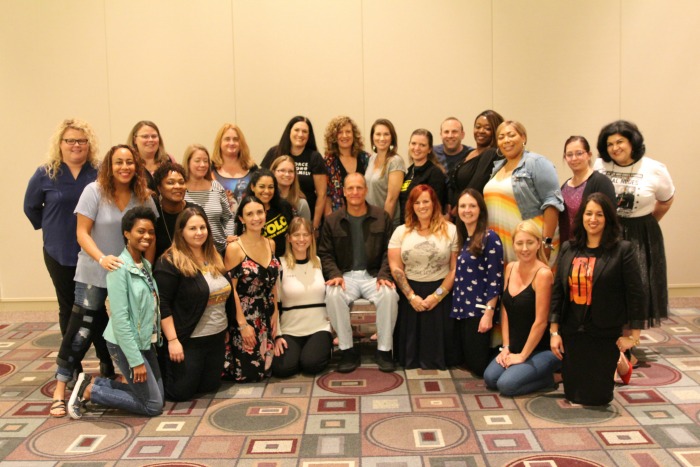 Woody Harrelson’s SOLO interview – not what I expected in the least. The same could be said of SOLO: A Star Wars Story – go see it this weekend! 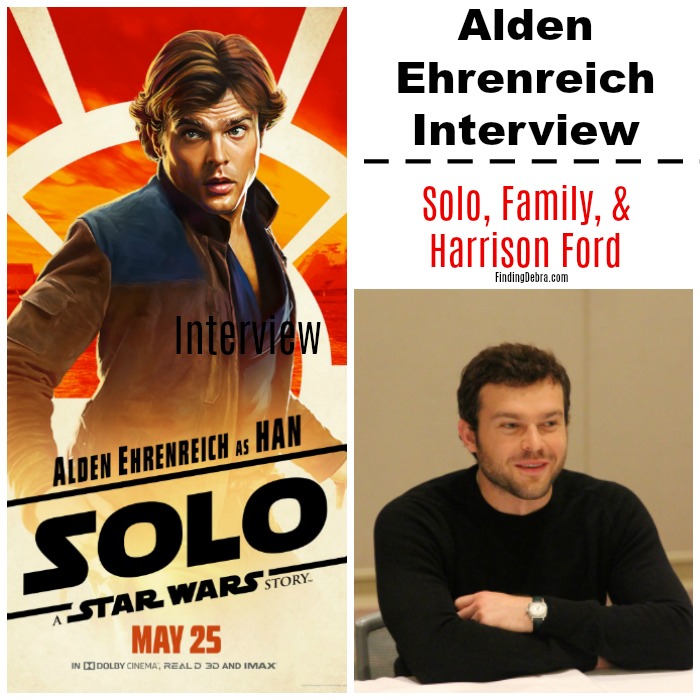 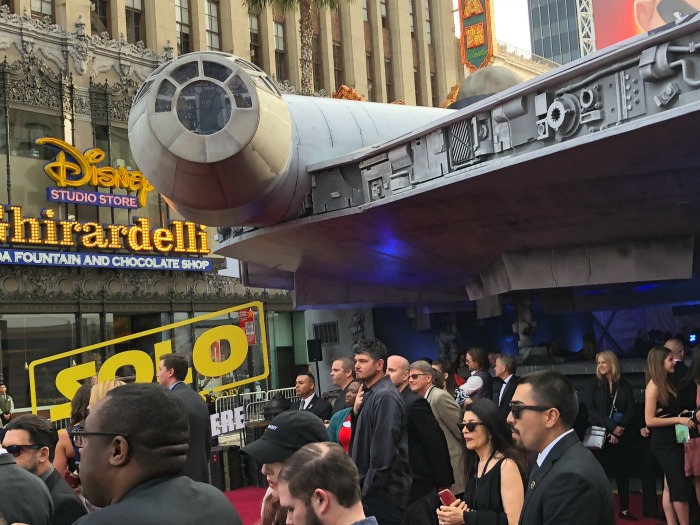